in brief: penis size does matter 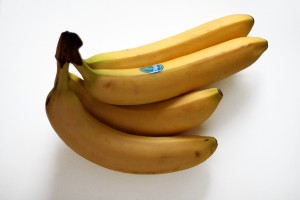 It turns out that penis size does matter to women, according to a recent Australian study. Researchers found that penis size is just as important as height to a woman assessing a male’s attractiveness.

The group of women who participated in the study were shown computer-generated images of men with varying body shapes, heights and penis sizes, and asked to evaluate each one’s appearance. The participants weren’t told which of these factors were being surveyed by the researchers, only that it was a study into male attractiveness.

“We found that flaccid penis size had a significant influence on male attractiveness. Males with a larger penis were rated as being relatively more attractive,” the researchers write.

The researchers also note that penis size became more important when the image presented was tall and muscular. Also, while larger penises were desired, penises 7.6cm or longer played less of a role in determining the attractiveness of the male body presented. Big is good, but biggest isn’t always best.

These findings contradict the common claim that penis size doesn’t matter to most females. In fact, they support the scientific hypothesis that penis size has evolved based on female choice in times before we wore clothes.

Scientists are still unsure why penis size is important to females – is it a hormonal signal, or is merely an aesthetic quality? Either way, these preferences are a part of animal evolution and may have led to the evolution of larger penises in humans.

Despite the results of their study, the researchers are quick to remind us that preferences for penis size, stature or other physical traits don’t necessarily dictate anyone’s choice of mate.

“When you’re talking about a preference as opposed to how people act and what they do in their lives – we may be perfectly happy with the partner we have even if they are not as tall or well-endowed or have as large-a-breasts as we would like.”

What are your thoughts, Lip ladyreaders? Does penis size matter to you?