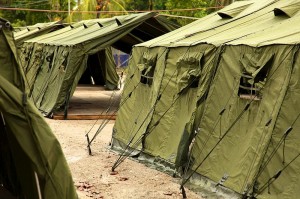 The ABC has released a report stating that a pregnant Rohingyan refugee couple decided on an abortion rather than have their child face the conditions at the Nauru detention facility.

Mamun and Silima Motiur arrived on Christmas Island in early December, and were quickly transferred to Nauru. A damning report issued by the United Nations less than six months ago labeled the Nauru centre ‘rat infested, cramped and hot.’ In statements given to the ABC, Mamun Motiur said that the oppressive heat and lack of access to basic resources gave himself and his wife little hope for his child’s survival. Mamun told the ABC, ‘we think if we (have) the child now he [the child] has no future. So we decided to take abortion.’

Since abortion is a criminal offense in Nauru, the refugee couple were flown to Brisbane for the procedure.

Immigration Minister Scott Morrison has denied Mamun and Salima Motiur’s statement that the conditions in the offshore processing facility were a factor in their decision. Morrison has said, ‘the Government rejects any suggestion that Australia’s offshore processing policy provides any legitimate medical grounds for a parent to choose to have an abortion.’

There you have it, Mamun and Silima. Your anxieties, your agony, your gut-numbing fears have been deemed false and unworthy of comment or consideration. Your story, the story of a hard and heavy life changing decision, has been rejected by a government that refuses to offer you the support and protection you not only require, but deserve. Now you are nothing but a black hole in our golden nation’s national dialogue. You do not exist. How dare they? In our name, how dare they?