in brief: rumours fly that the next time lord will be a lady 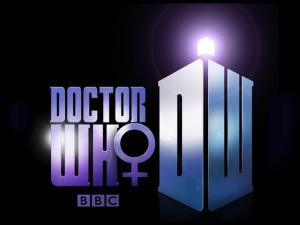 Image via Den of Geek

Every time the current Doctor retires his multicoloured scarf or fez, the Doctor Who fandom erupts in excited debate as to who the next Doctor will be.  When David Tennant left the role in 2010, rumours spread that the Eleventh Doctor would be Chiwetel Ejiofor, previously seen in Love Actually and Kinky Boots; however, Matt Smith was chosen instead.  Now that Smith is leaving the show, there are rumours that his replacement will be a black actor, possibly Ejiofor – or even a woman.

Anyone who’s ever read an article about Doctor Who or participated in a fan forum will know how controversial this possibility is.  Since Doctor Who returned to our screens in 2005, the Internet has been awash with criticism.  Rose is too boring, Martha is too boring – bring back Rose, Donna is too annoying, Amy is too annoying – bring back Donna; Russell T. Davies is ruining everything with his gay agenda, Russell T. Davies should be putting in MORE gay characters;  the writing’s gone downhill, Steven Moffat could do better, the writing’s gone downhill, Steven Moffat is ruining everything!!!

So it should come as no surprise that the very idea of the Doctor having – GASP – lady parts has caused some backlash.  In the words of one fan, ‘Are BBC intent on sacrificing all remaining Doctor Who fans on the altar of political correctness?’  The Daily Mail went as far as claiming that a female Doctor would be the show’s ‘greatest ever threat.’  The Doctor (erroneously referred to in the article as ‘Doctor Who’), is ‘brave, reflective, with a keen sense of heroic duty,’ who relies on ‘intellect and ingenuity to triumph over violence.’  The Daily Mail concluded that a female Doctor would not only be damaging to young boys who desperately need a good role model, but it would betray a great British tradition.

This would be a valid point if, you know, we lived in a world where white, English-speaking boys had no role models. Unfortunately for the Daily Mail, boys can dream of growing up to solve seemingly impossible mysteries like Sherlock Holmes, fight crime like Batman, or explore the universe like Captain Kirk.

For nearly fifty years, generations of boys have grown up watching the Doctor fight monsters and save humanity.  Nearly eight hundred episodes, plus hundreds of books, audio dramas, computer games, and magazines have been produced.  During all those adventures, the Doctor has been a white male.  Given that the previous two Doctors have lamented that they have never been ginger, doesn’t it make sense that possibly – just possibly – the Doctor might wonder what it would be like to be black?  Or Asian?  Or – heaven forbid! – even female?

It’s impossible to please the Doctor Who fan base, but with a good actor, and a team of great writers, a non-white, or non-male Doctor could be fantastic.  (Especially if they hired pink-haired Helen Mirren.)