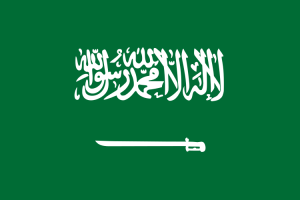 Somayya Jabarti has made Saudi Arabian history as the nation’s first female newspaper editor, after being appointed to the top job at the national daily Saudi Gazette.

‘It was not a question of gender but of merit that decided and earned her this opportunity,’ Almaeena wrote of his successor in the Gazette.

Jabarti previously held the title of deputy national editor for the publication.

Her appointment has significant ramifications for her countrywomen.

Saudi Arabia has been documented by non-government organisations, such as Human Rights Watch and Amnesty International, as having laws which oppress women.

The kingdom is the only sovereign state in the world to ban women from driving.

The nation decrees women property of menfolk as the permission of a “male guardian” is required for women and girls when they travel, do business or need to undergo certain types of medical treatment.

With only 16% of Saudi women participating in the workforce, Jabarti has noted the significance of her appointment.

‘There’s a crack that has been made in the glass ceiling and I’m hoping it will be made into a door,’ she told Al Arabiya News.

‘The success will not be complete unless I see my peers who are also Saudi women in the media, take other roles where they are decision makers.’

Despite discourse on media effects being varied, with a female head directing the Saudi Gazette’s content one could hope for more discussion on women’s rights from within Saudi Arabia.