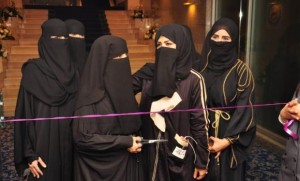 Saudi Arabia’s first female licensed attorney, Bayan Mahmoud Al-Zahran, has established an all-women law firm seeking to give women fair representation under the legal system. The firm is the first of its kind, coming just shortly after Saudi Arabia allowed women to serve in court at all.

Al-Zahran’s vision for the firm is to explicitly fight for the rights of women in Saudi Arabia by bringing their problems to court and supporting and understanding female clients in ways traditional male lawyers may not.

Issues such as domestic violence, inheritance, driving and marriage, which have in many cases not been effectively dealt with under the patriarchal legal system, may now be taken seriously.

‘Women lawyers can contribute a lot to the legal system. This law firm will make a difference in the history of court cases and female disputes in the Kingdom. I am very hopeful and thank everyone who supported me in taking this historical step.’