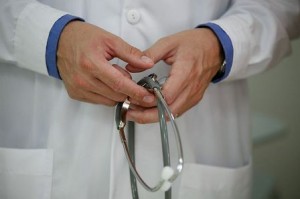 In Fort Worth, Texas a Mrs. Munoz, brain-dead for the past few months, has been kept on life support despite her request to her husband that she did not want to be kept alive in such an instance.

Why? Because she is pregnant. That’s why.

Just before Thanksgiving in 2013 (that’s near the end of November for all you non-Americans out there), the Munoz family prepared to say goodbye to their beloved daughter and wife but were stopped in their tracks when a doctor at the John Peter Smith Hospital walked in and told them the hospital would not allow them to pull the plug.

Texas law prohibits abortion strongly, thus, cutting off life support to a pregnant patient is out of the question.

Fast-forward a few months – Mrs. Munoz is still on life support, and is now 20 weeks pregnant. A medical team is carefully monitoring the child, which seems to be doing well although the future of the pregnancy and how they will handle the baby’s growth is yet to be confirmed.

Her body has become a ‘host for the fetus,’ and her family is outraged. The family has not yet taken legal action but is considering it. And damn right they should. According to many medical experts, Mrs. Munoz’s case is one that is probably being misinterpreted by the hospital staff because the law does not clearly take on the issue of what should happen when a patient is declared brain dead, it just states that a patient may not withdraw from treatment if they are pregnant.

Things become even more complicated as the hospital will not clearly state whether she is actually brain dead. They are probably fearful that if they do so publicly, the law will pull the rug out from under their feet.

Medical experts are on the family’s side. ‘If she is dead, I don’t see how she can be a patient,’ says Thomas W. Mayo of Southern Methodist University law school in Dallas. Arthur L. Caplan, the director of medical ethics at NYU Langone Medical Centre in Manhattan agrees with Mayo, stating ‘The Texas Legislature can’t require doctors to do the impossible and try to treat someone who’s dead.’

The story has sparked interest and empathy all over the country, and pressure is being put on the hospital to carefully consider their next move. What do you think should be done?

One thought on “in brief: texas law forces brain-dead woman’s family to keep her on life support”