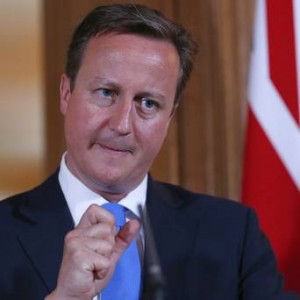 British Prime Minister David Cameron first spoke of his plans for the new law in July, saying that they were ‘closing the loophole’ and making it a criminal offence ‘to possess internet pornography that depicts rape.’

While it is currently against UK law to publish images of rape, a current loophole permits viewing and possession of the material.

On the same day, Google and Microsoft also revealed new plans to block Internet searches for child sex abuse images. The new measures by the two companies are in conjunction with British authorities’ attempts to crack down on Internet pedophiles.

As part of these plans, as many as 100,000 search terms will fail to produce results, while also warning the user that child abuse imagery is illegal and offering advice on where to find help.

As the world’s two largest search engine operators, Google and Microsoft account for 95 percent of all online searches. The companies have agreed to work together to eliminate the search of child pornography. Peter Barron, a Google communications director, said ;it’s absolutely right that we identify this stuff, we remove it, and we report it to the authorities.’

Cameron welcomed the two companies’ moves to block illegal content, stating that he would do what is necessary to protect his children, ‘if more isn’t done to stop illegal child abuse content being found.’