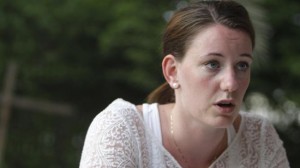 A young Norwegian woman, Marte Deborah Dalelv, who was sentenced to 16 months jail after reporting an alleged rape at a business meeting in Dubai, has been pardoned overnight.

Ms Dalelv, 24, reported the alleged rape to police on March 6 only to be charged with sex outside of marriage, consumption of alcohol, and making a false complaint.

Ms Dalelv was kept in prison for 4 days before she made contact with her family in Norway using a fellow inmate’s phone card.

The Norwegian government secured Ms Dalelv’s conditional release, and she has since been living under the protection of the Norwegian Seamans’ Centre in central Dubai.  Ms Dalelv told Associated Press she was given back her passport by the public prosecutor’s office yesterday and that her 16-month sentence for having sex outside marriage had been dropped.

Speaking out about her experience, Ms Dalelv said her alleged attacker received a 13-month sentence for sex outside of marriage and alcohol consumption.

This case is far from unique in the United Arab Emirates.

In 2008, Australian, Alicia Gali, was jailed in Fujairah for eight months for adultery after she reported being raped by three colleagues at the luxury resort where she worked. British couple, Vince Acors and Michelle Palmer, were jailed for three months in 2008 for having sex on a public beach – an allegation they denied.Another British couple, Ayman Najafi and Charlotte Adams, were jailed for a month in 2010 after sharing a kiss in a restaurant.

Under theSharia-influenced United Arab Emirates law, rapists can only be convicted if the perpetrator confesses or if four adult Muslim males witness the crime, sex before marriage is completely forbidden, and it is even possible to jail an unmarried couple holding hands in public.