measuring equality in the workplace: jobs where women earn more than men 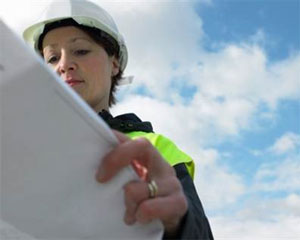 An article in the Courier Mail this week listed 20 jobs where women earn more than men. This article came as a surprise for me. A nice surprise, although I wondered what the catch would be. Despite the ongoing gender pay gap in many industries, there are a number of jobs that women earn more in than their male counterparts. They aren’t all necessarily in female-dominated industries either. Jobs such as paving labourers, structural steel and trades workers, electricians and motor mechanics were the ones that surprised me the most.

James Tinslay, CEO of the National Electrical and Communications Association had this to say: ‘There’s no two ways about it, it’s a very male dominated  industry. But when we have had females they tend to be overachievers.’

Could the over-achieving come from the need to ‘prove’ to the industry that women  can  perform just as well as men? Actually, can the entire gamut of this article be a testament to women’s need to overachieve in order to prove their worth in a male dominated industry?  This seems like a totally plausible claim. Why are women being paid more in these jobs, is my question. Is it because they want more women in the industry? Or is it simply because women are working harder than  men?

That’s the big question. If you ask me, it’s definitely because they are working harder and working more because they have been given the chance  to excel. After all, it’s not about the gender that defines good or bad work but the level of input, motivation and energy which secures your title as a worthy employee. Women  have  to prove themselves not only to their employers, but also to their customers and clients who may also harbor doubts due to their gender. This is a kind of pressure that demands double input from  the woman  at work and at times, even this isn’t enough to ensure a positive or welcoming  reception from the other end.

Money doesn’t equal respect or equality though. In fact, no matter how much money a woman earns, she may still be liable to discrimination or mistreatment. It’s treatment in the workplace that determines equality but financial statistics are the fastest and most objectively receptive way of garnering a perspective for the greater public and so this is what we use.

This article makes me stop and think about gender equality in the workplace.  It’s true that women have  seen lots of improvement in the workplace over the past few decades, but it’ll never be a problem wholly solved. The article was great in that it showed that men don’t dominate all workplaces, but also showed the difficulties in measuring progress in achieving equality in the workplace. In an ideal world, we can ask women if they feel they are treated equally, as opposed  to simply looking at their pay packets.