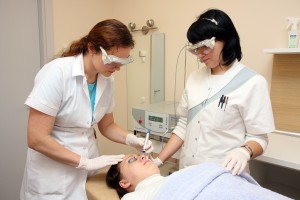 It has been twenty years since legislation was passed which required adequate female representation in medical studies; however, recent studies have shown that a significant gender gap continues to exist in medical research.

Researchers at the Connor’s Centre for Women’s Health and Gender Biology at Brigham and Women’s Hospital and the Jacobs Institute at George Washington University Hospital have published a study entitled ‘Sex-Specific Medical Research: Why Women’s Health Can’t Wait’ (to read the full study, click on the title of the link to the PDF in this hyperlink). This study has found that scientists still fail to account for differences between males and females. This failure to account for difference persists through all stages of research, and can affect the ability of general practitioners to provide proper care for women.

One of the authors of the report, Dr Paula Johnson, stated ‘the science that informs medicine routinely fails to consider the impact of sex and gender, and this occurs at some of the earliest stages of research – from animal to human studies.’ This is highly problematic as different diseases and medications affect men and women in very different ways, purely because of the biological and physiological differences. According to Johnson, not only do the studies fail to break down results by sex, but they often also fail to include enough women.

This report was presented at the in Boston at the Women’s Health Summit on Monday. In response, Senator Elizabeth Warren has publicly stated her intention to push for new laws that would create greater oversight for federal agencies and ensure greater representation of women in medical research.

‘This is as an important issue as equal pay,’ Johnson stated. ‘It’s time for a re-commitment to women’s health. Let’s not leave women’s health to chance.’

Johnson aims to mandate the number of women represented in a study as being proportional to the number who have the disease.

‘It’s a form of discrimination like any other,’ he stated. ‘This is something I take very seriously.’

This form of discrimination had been occurring for many years prior to the historic passing of the National Institutes of Health (NIH) Revitalisation Act of 1993, signed by President Bill Clinton, which mandated that women and minorities be included in clinical studies funded by the NIH. This was following the hard work and campaigning of feminist scholars and advocates in the 1970s and 1980s, who pointed out that women and even female animals were excluded from most clinical studies. When this reached the attention of the public, women’s health advocates, feminist activists and scholars, and women members of Congress fought hard for the change that occurred in 1993, which was a hard won victory. The United States Food and Drug Administration (FDA) also reversed a policy that women of childbearing age could not be in clinical trials for drug approval. The FDA and Centres for Disease Control and Prevention established women’s health offices in 1994.

It’s extremely disappointing to learn the results of this latest study – here’s hoping that the next wave of feminist activists and scholars and health advocates have as much fight in them as their predecessors to determine a way to combat the medical research gender gap and implement the Revitalisation Act of 1993 for real.