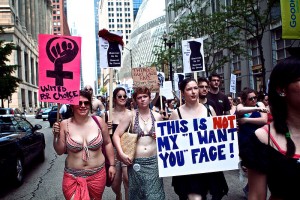 A study published in medical journal, The Lancet earlier last week has revealed that incidents of sexual violence against women, specifically involving perpetrators who are not partners, is more than double the global average in Australia and New Zealand. The numbers read that 16.4 per cent of women 15 years or older in Australia and New Zealand have been the victim of sexual assault by someone who was not their partner – this could be other family members, friends, strangers. This compares to the global average of 7.2 per cent.

These are alarming statistics for both Australians and New Zealanders, particularly when taken in the wake of this week’s sentencing of Simon Gittany to at least 18 months jail for the murder of his fiancée; as well as a string of incidences of sexual violence against young women in New South Wales.

Heather Nancarrow, Director of the Queensland Centre for Domestic and Family Violence at Central Queensland University, agrees that the statistics and numbers are of a significant worry to the two countries. She also recommends that the numbers be read and interpreted critically, as the rate of sexual violence is in line with the national statistics on violence.

‘There are challenges for any research of this nature for reporting and under reporting. We do need to be a bit careful about seeing these figures as a genuine reflection of the actual incidents or prevalence in any particular country,’ Nancarrow stated.

Nancarrow attributes the high rate of sexual violence to the attitude which some Australians hold regarding violence in general. She believes that although the vast majority of Australian men are not perpetrators of violence against women, some men participate in a culture of hyper-masculinity or the glorification of the so-called macho, and feel that they need to exert their power, sometimes by violent means.

‘As a country we ought to be concerned about the level or the tolerance of violence that exists in our communities that is contributing to all kinds of crimes but particularly crimes against women…you need to look at cultural links, the very broad culture in Australia of continuing acceptance of male superiority and women being objectified, men feeling like they have an almost right to assert authority over women.’

Another main cultural issue regarding sexual violence against women is the continued emphasis on the victim of the assault, rather than the perpetrator. Efforts for self-defence and alteration of behaviour are given predominant focus by the media and social networking sites – for example, informing women not to walk alone at night, arming themselves with pepper spray or avoiding revealing clothing – rather than attributing the blame where it belongs, and that is squarely with the violent perpetrator. This is an ongoing cultural problem that also needs to be addressed, altered and changed not only in Australia, but globally.

Another cultural and societal problem that we face regarding this issue is encouraging women to report issues of sexual and physical assault. This is a real challenge due to the fact that many women face a lack of support or witnesses that are able to back up their claims. Women should feel encouraged to come forward without fear of being ostracised or made to feel ashamed – this is another issue which needs to be tackled in both Australia and worldwide.

Nancarrow encourages women who are victims of sexual assault to seek professional assistance immediately either directly with the police or another organisation that supports victims of violence against women. This is not just for the woman’s safety and support, but it is also crucial for the appropriate authorities to gather necessary evidence, in order to compile studies and statistics, such as this research from The Lancet.

Support for victims is crucial; but the education of men is equally as important. Nancarrow states that there are programs in place for perpetrators in order to attempt to change their behaviour towards women, but fostering respect, education regarding a healthy sexual relationship, consent and a non-violent nature must be a preventative tactic, and must also be taught to men from a young age:

‘We also need to be educating young people that it’s not okay to manipulate or control or exert power over another person because that’s the fundamental problem that we have – men exerting power over women. That can be expressed through sexual violence or other kinds of violence against women… The kind of sexual abuse that’s going on is using that grey area about whether or not consent is being given as an excuse or an opportunity to commit sexual violence with a pretty good chance of getting away with it.’

The statistics reveal that Australia and New Zealand really do have a cultural problem when it comes to violence, and particularly that of violence against women. A number of changes need to occur in order to shift this problem from becoming ingrained.