what about women? the 2015 federal budget 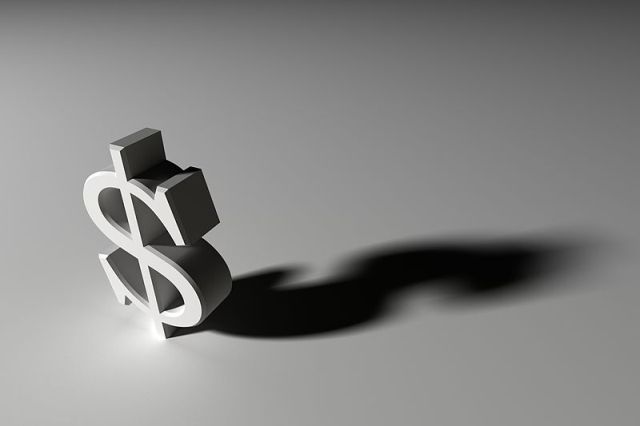 The 2015 Federal Budget is here. Its meaning for each population is shrouded by political jargon, complex statistics and three-word slogans like “have a go”. Following significant discourse, Joe Hockey has detailed who the Australian government determines most worthy of funding. Spoiler alert: it’s not the disadvantaged.

Listening to Hockey’s speech, even without a political opinion, you’d be forgiven for thinking women didn’t exist in Australian society. Despite making up over 50% of the nation’s citizens, women and issues concerning the female gender didn’t rate a mention in the Treasurer’s delivery address.

Instead, we’re left to pore over figures to discover what this fanfare is truly about for women across Australia. Sadly, the news is pretty grim. Here’s a breakdown of the major disappointments for the sisterhood.

There are a number of standouts, most notably the dramatic retreat of the Prime Minister’s signature Paid Parental Leave Scheme (PPL). For those unaware, the PPL scheme was originally introduced by Labor in 2011. In 2013, Abbott voiced his own support for an improvement of the system, granting $5.5 billion dollars to the package. Throughout his 2013 election campaign and the years following, he proceeded to hold a wide array of gurgling babies to prove his commitment to grant Australian mothers six months’ leave on full pay. It was all set to begin in July this year, but times change, the media talk and pressure mounts – Abbott dumped the entire idea several months ago, replacing it with a simplified version under the name ‘Jobs for Families’.

But just like a wolf in sheep’s clothing, the new scheme hides detrimental consequences for some mothers. According to advocacy group Fair Agenda, 51% of mothers previously eligible to claim benefits from both their employer and the government while caring for a newborn will now have their paid leave cut. Why?

Joe Hockey says it’s to prevent mothers from ‘double dipping’ and promotes ‘fairness’ to all. Truth be told, 80,000 parents will lose $11,500 in leave benefits, rendering many mothers unable to stay at home during the critical developmental periods of their newborn’s life. While these measures still have to be passed through the rather rowdy Senate, Hockey’s decision and repetition of the phrase ‘double dipping’ is an insult to mothers and their children, and should it be made legislation, to future generations of women, who will be left to deal with the unbearable decision to work or take maternity leave potentially without pay.

It’s not just new parents affected either. Single mothers and low income families are particularly concerned about the proposed cut to Family Tax Benefit B, which supports thousands of parents in financing their children and juggling a busy life. The Guardian’s Daniel Hurt estimates this could affect 573,000 families. This is a devastating prospect.

Rose, a Victorian single mum of an 11-year-old, is one of those thousands. Rose does the ultimate juggle on minimum benefits – she cares for her son, studies full-time and works part-time. With the government’s announcement, Rose potentially faces a cut of Tax Benefit B, meaning 1/6th of her income is all but shattered. Rose says that with her average income being around $500 a week and rent costing $360, she would be forced to cease her Bachelor’s degree.

While the outcome is a traumatic prospect for Rose, she told Lip her concern rested with women escaping domestic violence situations. With a benefit cut, Rose says a woman and her children would have ‘no means of economic survival’ and will effectively be ‘financially entrapped’.

Women are also adversely affected in the budget’s declaration of $16.7million of funding to a ‘National Awareness Campaign to Reduce Violence against Women and their Children’. Isn’t that a good thing, though? Glad you asked. Of course, any acknowledgment of the shameful problem of violence against women is a win, but the decision to commit all funding to an awareness campaign instead of direct action focused on the protection of women and children is not.

There is substantial research to suggest services like women’s specialist refuge centres are far more effective in reducing the mounting death and morbidity toll of women subjected to violence by men than any provocative ad campaign. With credit to the media, organisations like Destroy The

Joint and certain politicians, the average Australian is now more than aware of the statistics than ever before. Discussions on Q&A, and tireless advocacy from women like Rosie Batty, have ensured violence against women is no longer the white elephant in the room. It may be controversial, but I would suggest an awareness campaign is occurring on its own, without governmental assistance.

What is grossly inadequate is the fact that 18,500 calls are unanswered at 1800 RESPECT, Australia’s national counselling service for people subjected to violence. Funded by the Department of Social

Services, governmental support for this service is minimal and staff are under immense pressure to support vulnerable women. The helpless scenario is one reciprocated across hundreds of frontline services since 2014. This year, nothing has changed.

‘The budget contained no increase in funding for legal assistance services to provide access to justice for victims/survivors of family violence despite escalating demand,’ she said.

The government had every opportunity to reduce the impact of domestic violence by reversing cuts to crisis centres and legal support, yet instead, Australians are left to believe minimal investment in an “awareness campaign” is the solution to the epidemic.

While any funding is welcomed, it’s clear the government has somewhat confused their priorities.

$16.7 million seems measly in comparison to the $1.2 billion given to funding national security – that is, the threat of terrorism by groups like ISIS. The threat of radical extremism is disturbing, but let’s put it into perspective for a moment.

Domestic terrorism is killing women. Failure to acknowledge such a brutal truth demonstrates the government’s ignorance and reservation to support the most vulnerable. It’s a theme all too common in these budget papers.

So what can we do to help ourselves, our sisters, and prevent these detrimental aspects of the 2015 Budget from being passed? We need to talk. Voice your outrage and opinions to family, friends, teachers, neighbours, colleagues, tram driver – anyone who will listen. Tell them how much of an impact this will have on you and others affected. Give a voice to women who are unable to do so themselves. Rally, petition and unite together. Because we’re stronger than this and frankly, Australian women deserve better from their own country.

One thought on “what about women? the 2015 federal budget”