what is the cost of cutting aid? 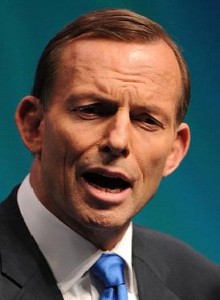 In his address to the African Union Summit in Ethiopia in January earlier this year, the UN Secretary General Ban Ki-Moon called on States to renew their commitment to the Millennium Development Goals. ‘We have 1,000 days to reach our Millennium Development Goals,’ he said, ‘Now is the time to finish the job by accelerating progress. We must seize the unparalleled opportunity to shape our future development agenda.’

The Secretary General’s comments come in the wake of international review of the Millennium Development Goals, as members edge towards the target date of 2015.

The comments are also timely for the Australian Government, as the recently election of the Liberal Party will result in a $4.5 billion reduction in foreign aid spending, with the money being redirected to building roads in Sydney and Melbourne.  In making this announcement in the lead up to the election, the then Shadow Treasurer Joe Hockey said that the measures were necessary to return the Australian budget to surplus, ‘Australia can only be a more generous donor if it grows it’s own economy first.’

As the world moves towards the deadline set for the Millennium Development Goals of 2015, many are asking whether Member States (including Australia) are doing enough to reach their targets. More importantly, this most recent decision by the Australian Government has interest groups concerned about the long-term ramifications for foreign aid and those who rely upon it.

The Millennium Development Goals (MDGs) are derived from a meeting of the UN’s General Assembly in 2000, where the heads of States and Governments came together to address the greatest issues challenging the international order at the turn of the century. What resulted was a Declaration from the UN’s General Assembly, which outlined the specific goals that Members agreed on trying to rectify by 2015.

In order to achieve these goals by the 2015 deadline, economically developed UN Members are committed to providing 0.7% of their gross national income (GNI) to Official Development Assistance in aid of the MDGs.

Last year, the UN released a Progress Report on the MDGs, outlining those targets which have been achieved, and those which require further commitment in order to reach the 2015 deadline. Successes include halving extreme poverty, along with the proportion of people who lack access to potable water. Both of these targets have been achieved five years earlier than the anticipated 2015 date. Female primary school enrolments are matching those of male enrolments, and progress is being reached in reducing child and maternal mortality.

These statistics have been hailed as a success by the UN Secretary General, who calls them a ‘clear validation of the approach embodied in the MDGs’. However, he warns States against being complacent towards achieving the original targets.

As a UN Member State, Australia is committed to the MDGs and therefore to the 0.7% target as a developed country.

According to the Department of Foreign Affairs (DFAT), Australia’s aid program is underpinned by the MDGs. With Australian aid, programs aimed at reaching MDG targets have been successfully implemented in developing countries such as Papua New Guinea, where DFAT reports that ‘more than 900 000 children were immunised against measles and other childhood illnesses between 2000 and 2009.’

Other examples include projects in African countries such as Zimbabwe, Kenya and Malawi, where DFAT reports that Australian aid ‘has helped…approximately 51, 000 people, [who now] have access to clean water and sanitation following the installation of safe water points in communities.’

In terms of committing to the MDGs, DFAT reports on the (then Labor) Government’s strong desire to meet these targets, particularly given Australia’s geographical positioning in the Asia-Pacific region, ‘In the face of substantial challenges, not least in the Asia–Pacific region, the Australian Government is intensifying efforts to achieve the MDGs. As one of the larger donor countries in the region, Australia has a special responsibility to assist developing countries in the Asia Pacific region to achieve the MDGs.’

Despite these successes, Australia under Labor was still falling short of its 0.7% GNI target as a developed country under the MDGs. Currently, Australia only commits 0.35% of its GNI, half of the 0.7% target.

In 2007, the then opposition leader Kevin Rudd gave an election commitment that the Labor Government would increase Australia’s aid to a GNI of 0.5% by 2015-2016.

The 0.5% GNI target was adopted by the Labor Government and maintained under Prime Minister Julia Gillard until May 2012, when the Government announced that this target would be deferred in order to bring the national budget back to surplus.

This sentiment has now been echoed by the Liberal Government, who in cutting the foreign aid budget by $4.5 billion allegedly remained committed to the 0.5% GNI target prior to the election. They have since moved away from this target.

Whilst the practical ramifications of the budget cuts cannot be fully quantified until the Government gives a clear direction as to what programs will be affected, it is not difficult to conclude that this is going to have negative ramifications for those reliant on Australia’s foreign aid.

The Interpreter has put previous foreign aid spending of 0.35% GNI into perspective:

‘…The figure is equal to 0.37% of GNI, or less than half of 1%. In comparative terms, the Australian government allocates A$56.6bn to healthcare, A$36.6bn to education and A$29.9bn to military spending, and the Liberals have promised not to make cuts to these areas…’

Given what that figure means in practical terms, many have criticized the Liberal Government for its policy with even some Liberal MPs expressing their disappointment at these “savage” cuts.

Given that on a GNI percentage basis Australia already spends a significantly lower amount than what it has committed to internationally under the MDGs, I find it hard to understand the Government’s reason for this policy decision.

This is especially so given that the idea of having to preserve a supposedly failing economy is in direct contradiction to the fact Australia is the fifth richest country in the world per capita and ranked second in the UN’s human development index.

At the end of it all, I think it comes down to what is being valued in the current political discourse. When our Prime Minister-elect Tony Abbott says that the Coalition would rather build modern roads in Australia rather ‘than shovel money abroad’, I think it says a lot about what the new Liberal Government values.