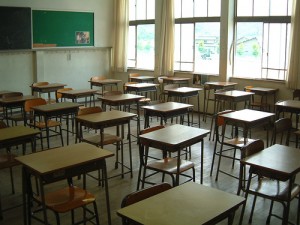 When girls are not educated, their quality of life is lessened and escaping poverty becomes almost impossible. According to a White House report, uneducated girls have diminished economic opportunities and are more vulnerable to HIV/AIDS, early and forced marriage, and can be subjected to violence.

And as girls grow older, their fight for education gets harder. Her family must be willing to pay school fees, she risks the long and often unsafe walk to and from school and she may be forced to marry. In fact, according to USAID, one in seven girls is married before her 15th birthday in the developing world.

Thus an education is vitally important for girls internationally as an educated girl is more likely to earn a decent living, raise a healthy, educated family and improve the quality of life for herself, her family and her community. In fact, a World Bank study found that every year of secondary school education is correlated with a 19% increase in a girl’s future earning power.

Yet 62 million girls, half of whom are adolescent, are not in school. And millions more are fighting hard to stay there. Education is key to the empowerment of women. An educated girl creates a positive influence on her family, community and society as a whole. We often take our access to education for granted in the Western world. We have a right to free education and thus we don’t fully appreciate the importance of it. But it is important, and allowing young girls access to schooling in developing countries would change the world.

Malala Yousafzai, the Pakistani schoolgirl education activist and 2014 Nobel Peace prize recipient sums it up quite nicely: ‘One book, one pen, one child, and one teacher can change the world.’

And the United States’ First Lady agrees. Michelle Obama, joined by our own former Prime Minister, Julia Gillard, was in London last week to visit The Mulberry School for girls in East London. Both women have expressed their belief in the importance of education on many occasions previously and thus chose this particular school for good reason.

The Mulberry School is an all girls comprehensive in Tower Hamlets, one of the most deprived boroughs in England with more than 70% of students receiving free school meals. Almost all of the pupils are Muslim and of Bangladeshi origin, with English as their second language. However the quality of education provided, alongside the importance attached to it tears down any socio-economic stereotypes that may surround the school with their results outstripping the national average.

Obama’s visit to the Mulberry School was timed to coincide with a joint US$200 million announcement by the UK and US to partner up and support adolescent girls’ education around the world, particularly in areas affected by conflict and crisis, including Liberia, Sierra Leone and the Democratic Republic of Congo. This joint partnership is born out of the Let Girls Learn initiative.

Let Girls Learn was created by the United States to ensure adolescent girls around the world get the education they deserve. It’s a government-wide approach to empower girls through education, and with the US one of the most influential powers in the world, it’s the type of government support you want on your side.

The Obama administration’s support builds on USAID’s funding and education programs in the developing world. They are now working in collaboration with the White House, the Peace Corps and the US Department of State supporting education programs in 18 African countries. So far they have helped to train 300,000 teachers worldwide, aided Ethiopia to achieve 95% enrollment in primary school over the last 15 years and in the last 10 years, helped to educate over 375,000 school aged children in Somalia.

The approach is targeted in three ways: by increasing access to quality education, reducing barriers and empowering adolescent girls.

Let Girls Learn already has many successful programs in place, such as the Empowering Adolescent Girls to Lead through Education program (EAGLE) in the Democratic Republic of Congo, which has empowered 1,660 adolescent girls to play an active role within their schools, families and communities. The program improved school completion, and has led to a better knowledge of adolescent reproductive health, gender-based violence prevention, and gender equality. In Bangladesh, Let Girls Learn works to reduce child, early and forced marriage through enhancing advocacy initiatives for child marriage legislation and enforcement. And in Northern Uganda, the project works to promote positive gender attitudes, reduce gender-based violence, and improve reproductive health for over 51,000 girls in post-conflict communities.

With 53% of adolescent girls believing that domestic violence is justifiable in Ghana, 28% of girls giving birth before the age of 18 in Burkina Faso, only 69% of Togolese girls completing primary school and women’s leadership and political participation in Georgia severely restricted according to research from the Peace Corps, Let Girls Learn is helping to combat a problem that needs a solution fast.

Allowing girls more access to education is vitally important.  According to USAID, an extra year of secondary school for girls can increase their future earners by 10-20%; in Burkina Faso, educated women are 40% less likely to subject their daughters to genital mutilation and if India enrolled one percent more girls in secondary school, their GDP would rise by $5.5 billion. It’s a no brainer; smart girls are the future.

Back at the Mulberry School, Obama told her young audience: ‘With an education from this amazing school, you all have everything, everything, you need to rise about all of the noise and fulfill every last one of your dreams.’

And that is the dream. It’s all about education. We educate our girls, we educate the world.