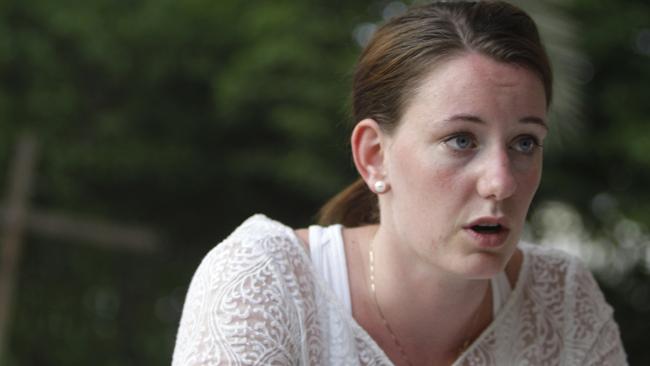 Norwegian woman Marte Deborah Dalelv was granted a pardon last week against her sixteen month jail sentence in the United Arab Emirates (UAE). Dalelv had reported being raped by a co-worker in Dubai four months earlier and was subsequently jailed by officials for having extramarital sex, an act that is illegal in the UAE. Following international pressure, Dalelv was subsequently pardoned, and was able to return home to her family. Dalelv’s accused was also pardoned from his thirteen-month sentence.

Unfortunately, this case is not isolated in the history of the UAE and for a full account of further cases, you can see Claire Jansen’s article here. What Dalelv’s case has done is bring into the fore the long-argued debate of women’s rights within Islam and more particularly under Sharia Law.

Like any religious or political ideology, Sharia Law is difficult to define as the term is often misinterpreted and adherents to the Law often have debates within themselves about its meaning. Acknowledging these debates and the fact that there is no one definable thing called ‘Sharia’, for the purposes of this article Sharia Law refers to the code of law derived from the Qur’an and from the teachings of the Muslim prophet Mohammed.

The Qur’an or Islamic holy text is one of the fundamental sources of Sharia Law. Adherents to Sharia Law believe the Qur’an establishes standards and guidelines for Muslim societies in terms of their rights and responsibilities. Having said that, the Qur’an in of itself is not a legal document therefore it is up to adherent countries to implement the Sharia as law.

The situation in the UAE

In the UAE, Islam is listed as the official religion in the national Constitution. In terms of their legal system, the UAE has both secular law and Islamic law in operation. The court system comprises of Sharia court and civil courts. Sharia law is incorporated through the “Personal Status Law”, which was enacted in 2005 and regulates matters such as divorce, marriage and child custody.

Perhaps more concerning though is the way victims of rape are treated, as evidenced by Dalelv’s case. According to the UNICEF gender profile of the UAE, there is little protection for rape victims. Despite rape being considered a serious crime, victims of rape also risk prosecution (like Dalelv) if the victim is found to have ‘willingly engaged herself in extramarital relations’. Further, marital rape and domestic violence are not covered by the criminal law, as the report states: ‘In fact, the penal code allows men to discipline their children and wives using violence.’

Whilst it is important to note that the Muslim world and the interpretation of Sharia Law is not “ideologically monolithic”, there have been critics of the adoption of Sharia law and its implementation. This issue gained new scrutiny in 2011 in the wake of the Arab Spring and highlights the significant debate over which laws are allegedly sanctioned by the Qu’ran and which were taken from local customs predating Islam.

As Professor of International Law, Javai Dehamn states, it in this context that much of the Sharia Law practices were adopted, and therefore were ‘heavily influenced by the socio-economic, political and indigenous tribal values of the prevailing times’ with the outcome that ‘the Islamic jurists frequently adopted male-centric approaches towards women’s rights and family laws’.

As evidenced by the situation in the UAE, these male-centric practices are still adopted today in some countries that adhere to the Sharia Law. Not only is this approach discriminatory towards those who fall outside of this traditional view, it is also contrary to international human rights provisions. The principal international instrument for international women’s rights is the Convention on the Elimination of All Forms of Discrimination (CEDAW).

Despite having acceded to the CEDAW in 2004, the UAE maintains reservations against some of the Convention’s provisions, including – amongst other things – article 16, which accounts for equality in marriage and family life, and article 2, which refers to laws and practices that constitute discrimination against women. By holding these reservations, the UAE is purporting to modify the legal effect of provisions that have been considered to ‘be at the core of the purpose of the convention.’

Therefore, whilst the UAE may be considered slightly more moderate in its approach of the Sharia Law than other countries like Saudi Arabia, cases such as the Dalelv case clearly demonstrate that there is a way to come in finding a balance between respecting the right of societies to practise religious beliefs and upholding the inalienable human rights of marginal groups, including women, within those societies.

One thought on “sharia law, the UAE and women’s rights”