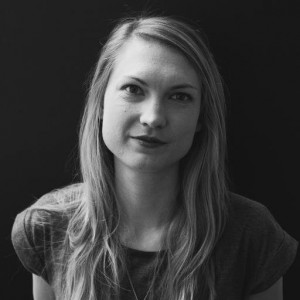 While commuters who are usually having a laugh or two listening to Breakfast With Matt & Alex were driving to work, Triple J decided to air a different sort of content recently. Tears of laughter turned into tears of admiration and joy across Australia. This is because on August 7 Triple J newsreader, Steph Boulet read out a diary entry from when she was a teenage girl severely suffering from anorexia.

For such a common mental illness – affecting millions of people of all ages, nationalities, and genders – eating disorders are riddled with myths and falsities. There are dozens of misconceptions and misunderstandings about what cause eating disorders, how to tell if someone has one, and how to treat them. It is for this reason that Steph Boulet’s courageous admission means so much to the Australian public and all of those who suffer in silence. It’s time to talk about eating disorders instead of passing them off as a teenage fad.

Articles like this one, while well intentioned, are perpetuating some of the biggest lies that feed into many people’s false understanding of the disease. It’s so easy to point the finger at the fashion industry, to claim that size zero models and society’s beauty standards cause eating disorders. Yes, we can agree that images of extreme thinness promote a beauty standard that is unattainable to most. But it’s important to keep in mind that eating disorders are a mental illness, and to say that one could develop anorexia from reading too much Vogue does a huge disservice to the gravity of the disease itself.

Poor body image is one thing and an eating disorder is very much another. Furthermore, eating disorders are not always about wanting to be thin, and sometimes they really aren’t about food or weight at all. There’s a host of reasons why someone might cling to the coping mechanisms of restricting or purging. At the root, it’s rarely as simple as wanting to look like a Victoria’s Secret angel.

Eating disorders are the only mental illness that people still assume is caused by something identifiable and external. No sensible person would ask anyone why he or she became schizophrenic, or why they suffer from clinical depression. True insights into eating disorders, spoken with the lips of a survivor will always go so much further in allowing us to illuminate such an essentialised illness, and Steph Boulet’s account stands out for exactly this reason. Triple J’s listeners also weighed in, expressing their appreciation for this candid admission on such a mainstream network:

‘Just wanted to say thanks so much to your news reader Steph for talking about anorexia. I’m in my late-twenties and have been suffering from anorexia for two years. Hearing steph’s story and that it is possible to recover completely was incredible to hear and gives me so much hope.’

That looking at photos of skinny models makes a lot of girls and women feel bad about themselves is not in doubt. But can we please make the overdue distinction between women suffering from body image issues and actual eating disorders, which are a specific mental illness? Social issues do come into play with eating disorders: when, as a young woman, you realise how much value society places on your body, it makes sense to use that as the instrument with which to express your unhappiness. But it’s not just fashion that sends women this message, and it’s not even about thinness. It’s about the way women are still valued primarily by their physical appearance.

Ending the poster-boarding of women’s bodies as the sole conduit by which she is allowed to express herself will be a huge step in allowing women to become more comfortable with their bodies. If experts really want to help those with eating disorders, they should look at why so many people are so unhappy; they should teach school kids how to talk about their feelings without resorting to masochism; they should look at why so many girls and women feel they ought to put themselves last; and, most of all, they should look at the causes of self-loathing as opposed to the manifestations of it. But as even those without eating disorders know, it’s hard to deal with complicated issues – far easier just to obsess about fashion models.