eyes on the prize: choices and feminism 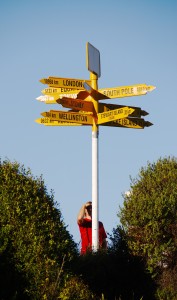 The essence of feminism is clear and simple: equal political, economic and social rights among genders. A fight for equal rights across all fields, with a focus on the status of women. A fight against sexism and the objectification of women. Full stop.

But alas, as with every issue open to the scrutiny of the ponderous and analytical, matters have grown overly complicated. However, it is not the complexity I am worried about because I believe it is actually a good thing when the world starts to question and evolve. Rather, I’m frustrated at how lost I find myself when I attempt to figure out how best to go about actually being a feminist. Gone are the days of having a simple, one-track mind!

There are now so many other aspects to consider; however, we must also ask ourselves the questions: are all these factors starting to institutionalise feminism in such a way that we have lost sight of the end game of achieving gender equality? Are all these “rules” obscuring rather than clearly paving the path towards this goal?

Our often petty bickering over how to channel feminism is ultimately creating a rod for our own back. We are entangled in the minutiae of the matter that it has become detrimental to broader goals; we have come to the stage where we now spend most of our time arguing over whether or not to shave when we should be focusing on assembling a cohesive feminist community united in the fight against the patriarchy regardless of individual choices. Indeed, it is this squabble over such personal preference that is making it extremely difficult to navigate towards feminism’s goals.

Additionally, we must also remain cognisant that the conventions of one group of women do not necessarily apply to others. This is what we call intersectional feminism. There is no one-size-fits-all type of feminism because each woman faces different challenges in different social settings. For example, the choices of a black woman confronting racism as well as sexism will most probably be different from that of a white woman who faces no such racial discrimination. As such, we should support the difference in choices across the broad spectrum of women in order to accommodate for their multifaceted lives.

A couple of examples of the many – and often conflicting – dos and don’ts of feminism:

Funnily enough, this confusion actually reminded me of a girl I knew in high school who often took it upon herself to spout diatribes labelled as feminist. Don’t get me wrong! There is (obviously) nothing wrong with having an opinion. But the problem was her seemingly hard-line views which she made out almost to be implied rules. As a result, I was always hesitant in voicing my opinions around her and I felt like I had to be extra careful with my actions for fear of contravening one of her, like, “rules” of feminism. (How fetch is my channelling of Gretchen Wieners here!?). This mirrors the ambiguity which now surrounds the issue in question: how are we supposed to act and what are we supposed to say in order to be deemed a feminist? There are just so many different prescriptions that were they street signs, they’d be pointing each and every way. And the GPS don’t work no more.

So, let us go back to the basics for a second. Yes, some feminists want to be treated the same as men in order to attain fairness between the genders that way; and some want fairness through being treated differently so that the hardships women face are duly considered and accounted for. But feminists all have one common goal: gender equality and a breakdown of gender stereotypes. In the frantic midst of this battle, let us all stop and remember that the end game is the same. Keep your eye on the prize.