feminist of the week: beckie-ann galentine 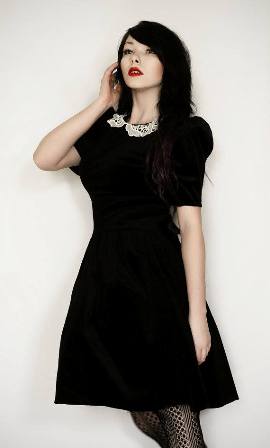 Describe yourself in one word:
Adventurous

What is your feminist philosophy?
I believe that double standards must be erased; there should be no pre-determined standards that suggest an appropriate way to look, dress or act for any being. Every soul should be treated equally and not feel pressured to adhere to standards set by others.

Why is feminism important in today’s world?
There are many young girls that aren’t even seven years old, staring into their princess mirror wondering why they don’t look like their favourite singer or actress or wishing they could’ve been born looking a different way. Media portrays women in an absurdly unachievable way and it hits us very young. Many girls lose a large chunk of their lives to body issues and that is just the beginning. Our world, in its current state, is unsafe for women. Some have no sterile or practical means of obtaining contraceptives; there are men in power dictating what a woman can do with her body.

The list of strong and important issues dealing with feminism is vast, when in all actuality it should no longer exist.

Do you think that feminism has a branding issue? If so, why and how do you suggest the movement can fix it?
I do not see it as a branding problem, but more so an issue involving misconceptions and poor representation, even by some who mean well. I think the importance lies within educating; there is nothing wrong with compassion and fighting for equality and those who fail to see this will eventually fall in number. I wouldn’t say that this is something that could be “fixed” but rather something that will fall into place on its own.

What is the most important feminist cause in your life?
I think being able to have control over your own body in any manner is important – whether it be in relation to sexuality, reproduction or appearance.

Why should someone become a feminist?
Birth control should not be an issue, rape jokes are not and have never been funny, sexual assault is still prevalent and at many times overlooked, women should not feel that their ultimate goal is to eventually just be a trophy wife – the list is endless. I actually just read an article about the best times to have sex and one of the suggestions was when the woman is menstruating for pain relief, ‘if you can get past the ick factor.’

It infuriated me – nothing about your body should be considered “ick,” especially when it is totally natural.

Can men be considered feminist? Why should men take up the feminist cause?
Absolutely! I’ve always felt strongly about issues even if they are not directly affecting or oppressing me, so I do not see any reason a man could not feel and act the same way. I think feminism among men is sort of contagious. When those that are not a member of the oppressed, yet still are proactive in the movement, it acts as an awakening for many who would have never participated.

When did you have your feminist awakening?
I remember sitting in history class in the eighth grade, when a group of classmates (all males) began teasing me for having dark hair on my arms. I am of European descent with both pale skin and dark hair, so by no means was this my “fault,” nor a fault at all, but because of it I found myself making changes to my routine. I wore long sleeves in eighty degree weather at first (but soon found that I would just alternatively be made fun of for having wet underarms.)

Eventually I turned to shaving, which only worsened my insecurities – I began worrying about body hair to the point where I would stand in the mirror and obsessively pluck every hair until my skin became raw. Meanwhile the football team wore sleeveless shirts and boasted about how tough they were because of their underarm hair. It was around then I began to wonder why such a double standard had been set for something as trivial as body hair. Humans are not meant to be smooth and hairless. Why should one gender be forced to spend an extra twenty to thirty minutes grooming EVERY day, or be made out to be abnormal if they do not?

What’s your advice to other feminists?
Don’t let anybody get you down, for any reason – stand your ground. Make sure to call out injustice when you see it, and never be afraid to be who you need to be.