feminist of the week: brodie lancaster 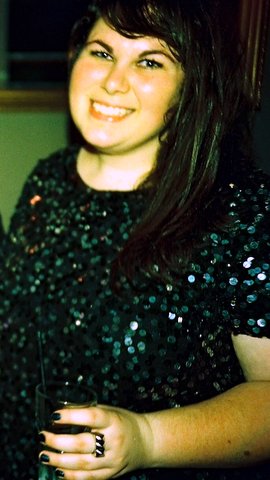 “It’s not my job to change the perceptions of feminism for people who don’t want to be a part of it.”

Describe yourself in one word: Frazzled

What is your feminist philosophy?
Is it bad if I say I’ve never sat down to think about this? Feminism is so inherent in what I think, say, do and who I am, that I’ve never really spelled out the rules to myself.

Why is feminism important in today’s world?
Because girls and women continue to be told and taught – by the world, by each other, by themselves – that they’re less than.

What is the most important feminist cause in your life?
The representation of women in the media and how that affects the way we view, treat and talk about ourselves and each other.

What are the main challenges Australian women are facing today?
I think the feminist conversations in Australia are representative of those happening in the rest of the world; where a greater importance needs to be placed on intersectionality, especially where race is concerned.

What does the feminist movement in Australia look like? I’m not sure about the movement, but my feminist community is primarily online. It happens on Tumblr and Twitter and in the Facebook news feed (this would be a great time to mention that I have an excellent group of politically conscious mates whose wisdom and opinions I really appreciate) and in the #qanda hashtag and in the Clementines’ (Ford and Bastow) writing on Daily Life and in Karen Pickering’s Cherchez la Femme events.

Why did you launch a zine series (Filmme Fatales) and how do you feel it supports the feminist cause?
I started Filmme Fatales because I identified a gap in both film writing and feminist writing that discussed both at once. I wanted a place to discuss things I was really passionate about, so I started it myself, using old-school zine rules (no advertising, no profit, small print runs, selling in distros and online, trading copies), only a little more spiffy and sophisticated.

What are your suggestions for women who may want to start a zine of their own?
DO IT! There are no rules. My friend and mentor Penny is making a zine right now on JFK assassination conspiracy theories and her passion for that project has motivated me to start working on a small, one-off zine on One Direction fan culture. Write (or draw, or sing, or dance, or paint) about what you love and what you’re interested in, and let people see it!

When did you have your feminist awakening?
It was somewhere in between being told, at 10 years old, that I couldn’t learn the drums in the school band because I’m a girl, and formally studying the history and concept of feminist in my modern history class 6 years later.

What would have to change before men and women achieved true equality? Men need to learn to approach feminism in a way that doesn’t silence or diminish the work women have put in for decades.

How has New Media helped the feminist cause?
I think of “new media” as basically the internet and web 2.0, which has been integral in connecting women and feminist communities all over the world.

Do you think that feminism has a branding issue? If so, why and how do you suggest the movement can fix it?
I really don’t. I think that anyone who would be turned off from “joining” feminism because of what they perceive it to be is probably unlikely to ever identify as a feminist in the first place. I hear descriptions like, “man-hating, hairy-pitted lesbians” and think “Sign me up for this party!” and anyone who thinks differently is not my kind of feminist.

It’s not my job to change the perceptions of feminism for people who don’t want to be a part of it.

What does the future of feminism look like?
Ayesha A. Siddiqi

What’s your advice to other feminists?
Listen to yourself before you listen to everyone else. There’s so much unnecessary noise – especially online – that it’s important to take a break and talk and think about why you feel the way you do to inform your own opinions.

One thought on “feminist of the week: brodie lancaster”