feminist of the week: jess jacobson 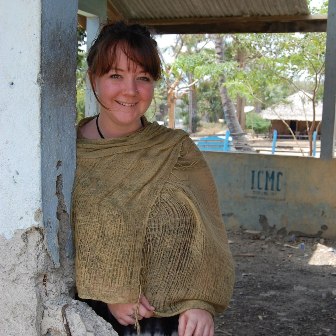 Describe yourself in one word:
Optimist.

What is your feminist philosophy?
To me, feminism is about complex power dynamics that impact us all in ways that we can’t see.  We cannot separate sex, ethnicity, disability, gender identity, sexuality, class, religion, age.  I am not just a woman, I am a white, middle-class, agnostic, able-bodied, straight, 25 year old, and because of that I am quite privileged within our society.  I need to be acutely aware of these “invisible” privileges and how they shift through time.  And everyone else needs to be conscious of their own position too, and ensure we are hearing the voice of those who may be marginalised.

To me, this consciousness, and the behaviour that comes from a more informed attitude, is feminism.

When did you have your feminist awakening?
I grew up in a house where Mum worked, and Dad raised my sister and me while working from home.  This was our norm.
When I was about 11, I remember watching an episode of Friends with my Mum, Auntie and male cousins.  The episode dealt with sexuality.  We had a chat about it all, and Mum and my Auntie told us that they would love us just as much if we ended up falling in love with someone of the same sex.

I also remember walking through the Grand Bizarre in Istanbul with a girlfriend one day, and being harassed constantly by men.  The following day we took our male friend back, and were not hounded by a single person.
I don’t believe I had a feminist awakening – I’ve just become more conscious as I grew up, and was lucky I have such wonderful family and friends to go on the journey with.

Why is feminism important in today’s world?
Our world is more interconnected than ever before.  We have a beautiful clash of religions, ethnicities, sexualities, ideologies and faces.  And this should be celebrated, not feared.

As Dale Spender discusses, those who have the power to name our world, also assign value to those words, and feminism is important in ensuring we are keeping check on who is doing the naming.

What are the main challenges Australian women are facing today?
Compared to other countries, sex-based discrimination in Australia is almost invisible, and this perception of equality is the greatest challenge we face.  How do we bring awareness to something that most Australians assume has already been achieved?  How do we rebrand “feminism” so that it is more inclusive and accessible, and it is a badge people will be proud to wear?

“Fixing” the brand is hard, particularly because there is not “one feminism”. Feminism represents a diversity of views and issues, and depending on one feminist’s own lived experience they might have a totally different opinion to another feminist.  I think we need to restart the conversation, approaching the discussion with a rights-based framework that includes people of any sex, gender, faith, sexuality, age and ethnicity.

Of course, doing this is the hard part – but I’d like to see the dominant conversation start to discuss the value placed on femininity, rather than just the value of females.

Why should men take up the feminist cause?
To me, feminism is not something someone “takes up”.  It’s not like cricket, or croquet, or knitting.  Feminism is a worldview of equality that is driven by a core philosophy based off the value of a human life; any human life.  We can certainly make the choice to become more aware and informed, and subsequently change our behaviour.  But this is ultimately about how we see ourselves and those around us in a world full of complex power dynamics. And we need to be careful about not making this inaccessible and exclusive to certain groups.

I believe men should identify as feminists just as left-handers, people with frizzy hair, and those who can wiggle their ears should.  Because feminism is not just a fight for a discrete group of people: it affects all of us.  And the conversation needs to be opened to men, just as it is to women.  It needs to be inclusive of people who love someone of the same sex, who don’t fit “neatly” into being a man or a woman, and anyone who doesn’t fall into one of society’s pre-determined categories.

What is the most important feminist cause in your life?
Adrienne Rich states that ‘all privilege is ignorant at the core’, and this defines the value of feminism to me.  Certain groups hold invisible but powerful positions of privilege, and if we are not aware of these, it is easy to forget the historical, political and social structures that have put us there, and believe this is totally based off merit.

One of the most powerful feminist messages I have heard is that while white Australian women were trying to break free of the nuclear family unit, Aboriginal women were just trying to keep their families together. The privilege that non-marginalised groups have is real and needs to be self-recognised and regulated in order to form any kind of change.

Let’s approach justice and equality with humility and consciousness.

What is the most annoying feminist stereotype in your opinion? Why?
That feminism is redundant.  It ain’t.

What does the future of feminism look like?
The future of feminism needs to be an inclusive, accessible movement towards equality, not just equity.  We need to hear all sorts of voices, and those voices need to be projected through different mediums.  Whether this comes in a new wave, under a new name, or within a new framework is yet to be seen.  But I am optimistic.

What’s your advice to other feminists?
Be honest with yourself and what your position within society is.

Be proud of what you can bring to the conversation.

Be brave and remember that if you’re uncomfortable speaking about a feminist issue, this should be a reminder that there is still inequality and some people would prefer it to stay invisible, which is why it’s so important to speak up.

2 thoughts on “feminist of the week: jess jacobson”