firstborn syndrome: what does your birth order say about you? 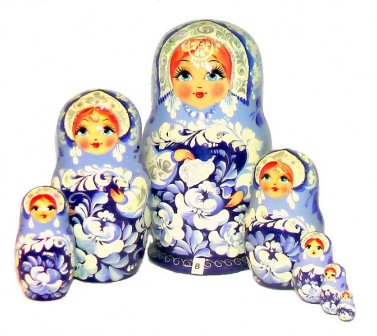 When I was in school in Singapore, my Primary Six class had a peculiar book called ‘The Slam Book’. One of the popular kids in the class started up this Slam Book, and in it, she wrote down the names of everyone in the class. She circulated it amongst the rest of us, and it was our job to write down the good, the bad and the ugly about the entire class.

Because this happened almost twenty years ago, I can’t remember what my classmates wrote under the “really nice things about Raidah” section. What I do remember is the “not-so-nice things about Raidah”. I was described as “bossy” and “melodramatic”. I recall feeling hotly offended because clearly, this motley bunch of twelve year-olds had no appreciation for my penchant towards hyperbole. But okay, maybe I was a little bossy.

Old, scratchy family videos show a younger version of me giving a talk while I stood on the dining table. I was gesticulating (already) and using the end of my skipping rope as a makeshift microphone. Two of my younger brothers flanked me. Back then, I was almost double their height. They giggled as I narrated a riveting story about our trip to the zoo. At one point, my younger brother couldn’t think of what to say to the camcorder, so I whispered in his ear to give him some very helpful pointers. And I made sure he repeated them verbatim.

It looks as though these traits of verbosity and bossiness come with being the firstborn. The stereotype that the oldest child is bossy and parental does stem from some truth, based on my own experience. I recall many moments of sibling rivalry, and the unfortunate nature of my firstborn-ness rearing its know-it-all head. I’m happy to report that my relationship with my five younger siblings took a turn for the better once I stopped playing “second mum”.

Happily, not all is lost for firstborns. I came across the book First Born Advantage by Dr Kevin Leman. In his book, Dr Leman describes how firstborns have wonderful traits like having leadership qualities and the ability to achieve what they set their minds to. The dark side of these traits is a tendency towards perfectionism, as well as controlling and people-pleasing behaviour.

Truth be told, the studies on birth order haven’t been the most scientifically robust. Studies that are fond of saying how cool firstborns are often fail to note that they were studying families of only two or three children, instead of larger families. For example, a popular factoid that’s tossed around is the statistic that 21 out of the first 23 astronauts were firstborns. (Strangely enough, when I was younger, I did want to be an astronaut.) This finding might actually be due to the fact that these astronauts came from smaller families with more resources, and not because they were firstborns.

Recent studies have shown that firstborn children are more likely to develop diabetes. Great. This is not good news. The research showed that young firstborn children had lower rates of insulin sensitivity and higher daytime blood pressure compared to children with older siblings. The change in the mother’s uterus after the first pregnancy meant better blood flow for the fetus in second, third, or fourth pregnancies.  Although researchers are quick to reassure firstborns around the world that we’re not doomed to diabetes and hypertension, it’s interesting to consider how birth order can literally have an effect on your health.

With all this emphasis on firstborns, what about the middle and youngest children? Or an only child? How do you fit into the suggested mould of birth order dynamics? Youngest children are often painted as the flamboyant free spirits, and middle children are the responsible, quiet and reliable achievers. Only children have a combination of firstborn and last-born traits.

It’s interesting to note that birth order doesn’t only impact on your personality. This opinion piece in Scientific American describes that people are likely to befriend or marry people who are of a similar birth order. Come to think of it, a lot of my close friends are either firstborn children, or only children.

On the other hand, I’ve read an opposing theory where opposites attract. When husband and wife are both the oldest in the family, there is an increased likelihood of conflict because both parties are used to getting their way and being in the limelight. When both husband and wife are the youngest in the family, everything becomes one big party. When middle children get married, all is quiet on the marriage front because both of them dislike bringing up contentious topics.

I was reminded of the influence of birth order when I married my husband. He’s the youngest of three children, and has had over three decades of experience in diplomacy. My growing up experience is the opposite of his. As a headstrong firstborn child, I’ve had to learn that bulldozing my way through the world doesn’t actually work very well, while my patient husband is learning to express what he wants instead of diplomatically settling for second best.

Now that I’m part of my husband’s family, I’ve been somewhat demoted. From being the oldest child in my family, I’m now the youngest in his. His successful older sisters are in their forties and thirties, while I’m not yet out of my tumultuous twenties. My husband kindly pointed out that I’m a lot younger than his sisters, and how hard they’ve worked to reach where they are today. I’m on the cusp of change, so to speak. He made the interesting observation that watching them pursue their goals and succeed was normal for him, whereas for me, I was the first one to blaze the trail. And, of course, make all the mistakes. It’s a strange feeling for me to be the kid in the family after being the eldest for so long. I’m slowly getting the hang of it.

With all the competing research out there, the jury is still out on the validity of birth order theories.  Even though the data isn’t completely conclusive, it’s safe to say that birth order has some kind of impact on our personalities, our health, and even who we befriend or marry. Knowing what I know now, if I could speak to the embarrassed twelve-year-old me holding that Slam Book, I would tell myself that everything will be okay. There are the not-so-great bits about being the firstborn, but by and large, a lot of advantages too. The same goes for all the different types of birth orders. The key lies in embracing all the different aspects of ourselves…even the bossy bits.

16 thoughts on “firstborn syndrome: what does your birth order say about you?”