growing pains – what should you be doing when you’re 25? 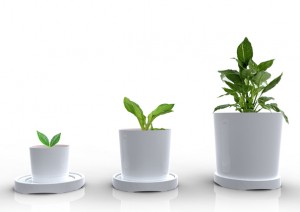 A few months ago at work a lovely new girl started, and at 19 she’s all rainbows and lollipops about life. We started talking about life and love and when she found out how old I was she exclaimed ‘What?! I don’t believe you! Why aren’t you married with kids yet?!’

I laughed, but then thought is that really the way young kids think about 25 year olds? Are we that old to them that we’re supposed to have families and husbands now?

And at nearly 26 I get bombarded with questions about career, boyfriends, children, settling down and so on quite a lot.

I don’t know if it’s just the people I’m around, or it’s a general assumption in society that if you’re mid-twenties you should be in a committed long term relationship, have a stable career and should seriously be considering marriage and children.

To be completely honest, three out of those four things scare the hell out of me!!
I hear my mother’s voice in my head saying, ‘By the time I was 25 I’d had you AND your brother.’ Yep, okay, awesome. I’m glad that worked for her but I don’t feel any different to when I was 18. Sure I have more responsibilities, somehow less money and yet more freedom. But does that mean I have to be in that same stage of life as she was?

Sure, I know a few people I went to school with who have done those things, but I’d say majority of us are young and carefree about life with no strings attached. A lot of them are even overseas just living their dreams.
I think most people are surprised that I’m 25, maybe I don’t come across like a grown up (whatever that’s meant to be) or perhaps I just look young (yay for me) but I don’t like this pressure I’m starting to feel.

When I was 21 and in my first full on long term relationship I did start to think about kids and things, mostly it was ‘if I’m still with this guy when I’m 27 that’s the earliest I’d have kids’. Now I’m nearly 26 and no longer in that relationship yet it feels as though there’s more pressure to find someone and have kids before I’m ‘too old’.

I’m probably the happiest I’ve been in a long time right now so that should mean I can ignore all those pressures from society, but somehow it’s always in the back of my mind. Especially when you do hear about people younger than you or your age who’ve just had their first child, or who have just got engaged.

It got me thinking more about society and the pressure it does put young people under even when they’re not expecting it.
From talking to friends, I don’t think I’m alone in feeling this, but I do get the feeling this pressure falls on more females than males.
Especially on girls who are in different cultural or overly religious families.

One of my best friends is Italian, her family is like my second family, and I think we both feel the pressure but on her end it’s coming from society and from her culture.
I’m not sure how I’d cope with that. Her family isn’t horrible about it, but I do know the whole ‘why don’t you have a man’ card comes up a lot with her extended family, particularly the older aunties etcetera.

And for her it’s not that she doesn’t want a man, it’s more a case of not having found the right one. Which is fine, but I think some individuals think you should just settle for whoever comes along at the time and that girls these days are ‘too picky’. I’m telling you if I had settled for that first love I would not be happy right now.

Looking at some stats online it looks as though most people are happy in defacto relationships rather than getting married anyway. And if people do get married they’re waiting until they’re in their late 20s to mid-30s to do so, mostly so they’re financially secure.

So if I’m all logical and look at information about it all, it’s not a big deal that I’m not married or on a defacto relationship, in fact in this day and age I’m the norm!

I suppose it’s all a matter of perspective. To a 19 year old I’m ‘old’ and should be married, to me I’m fine and don’t even feel like an adult yet, to my parents I’m behind where they were in their lives when they were my age.
It’s a strange feeling. And I’m not sure what to do about it. But you know what. I’m proud to say I’m 25, single and totally happy! I guess that’s all that matters!

I’m going to enjoy my freedom, travel more and not have to worry about keeping anyone other than myself happy. Sometimes a little selfishness is a good thing!

2 thoughts on “growing pains – what should you be doing when you’re 25?”