if only i’d known: exercise can make life better 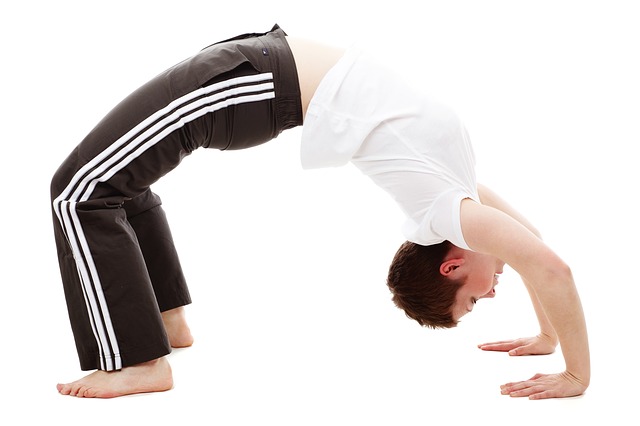 We’ve all heard, or had forced down our throats, the importance of exercise and a healthy balanced diet. I personally never thought it necessary to abide by the healthy body, healthy mind mantra. I spent my adolescence avoiding exercise like the plague. My contribution to P.E. was sarcastic commentary offered from the sidelines.

In retrospect this makes no sense. I’d spent my childhood being an OK “athlete”. I use the term loosely. I was a decent long distance runner, basketballer, soccer player and netballer. I could kick a ball, catch a ball, throw a ball and I was relatively fit, but with the onset of puberty I became one of those girls who didn’t exercise. Being simultaneously blessed with a fast metabolism meant I also didn’t have to watch what I ate.

Why I stopped exercising is probably attributed to some performative femininity that I’ll leave unanalysed for the moment. But it’s safe to say that this was one of many bad habits I took into adulthood. I convinced myself for a long time that because I wasn’t “getting fat”, I was healthy. It doesn’t take a genius to understand that being perpetually tired, generally lethargic and craving nothing but carbs and artificial sugars is probably not the healthiest state to be in. That, and running for the bus was taking a hefty toll on my poor heart.

I’ve always admired fit adults and their ability to walk up stairs unaffected. But people who wouldn’t eat carbs after 6pm or insisted on getting up at 6am on a Sunday to exercise bugged me. That is, until I experienced what a rush of endorphins felt like.

When I first got into “exercise”, it was a novelty. I experimented with the whole spectrum of group fitness classes. Everything from Pilates, which soon bored me because I was obviously doing it wrong, to Step, which I gave up on after I fractured my foot and Swissball, which is basically an hour of Pilates on a giant bouncy exercise ball, to Zumba.

Thankfully I’m not one of those people deterred by my own limitations because despite the Arab blood flowing through my veins, this girl moves less like Scheherazade and more like a walrus, which is really just an insult to walruses. If we’re being honest and I think we should be, I’m still awkward because no matter how good you think your hips swivel, when see your reflection glaring back at you in one of those floor to ceiling mirrors, you know you ain’t no Shakira and you pray that your hips will find it in them to lie to someone someday.

Once the novelty wore off the gym membership was a typical drain on my bank account. While I maintained every week that this week I would go to the gym X number of times regardless of how busy or tired I was, I never did. And why would you when you could simply not go. But it becomes a vicious cycle. Say you’re going, don’t go, feel guilty, say you’ll go tomorrow, remember that you’re busy, feel guilty, tell yourself and anyone who’ll listen that you’ll definitely go Thursday, don’t go, feel guilty, finally find the time to go to the gym only to realise you forgot your gym shoes – oops can’t exercise without those – and the whole cycle starts again.

A really good way to break this cycle is to realise one morning that nothing you own fits. After trying on every item in my wardrobe and not feeling comfortable in any of them and momentarily cutting off circulation to my legs, my stomach and everything in between, I made a commitment to go to the gym right now! I think I deserve some kind of medal or at least a commendation award but I haven’t quite worked out where to go to receive the validation I think I deserve.

Finding myself back in a regular exercise regimen was on some level quite empowering. Once I realised that I had the ability to control when I received a rush of endorphins, I began to notice the considerable impact exercise had on my body, energy levels and mood, and best of all it was dispensed immediately. Being someone who is eternally busy I knew the only way to keep this up was to treat my gym sessions like an appointment I couldn’t skip. It means I occasionally give vague responses like ‘sorry I’m busy tonight’ when friends ask me if I’d like to hang out. It means not skipping sessions for anything less than an emergency. But most importantly regular exercise is about the realisation that you have to treat your body well if you expect it to function through long days, long nights and intense schedules that happen to be our lives.

One thought on “if only i’d known: exercise can make life better”