Is a short haircut reason enough to be stoned? 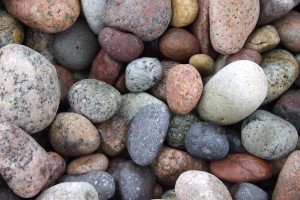 An Israeli girl was attacked on Sunday in Ganei Tikva, in the centre of the country. The 17 year old was stoned by a group of ultra orthodox students outside of their yeshiva, because of her appearance and sexual orientation.

The girl, identified only as M., alleged to police that the group called her ‘a lesbian’. They harassed her because of her short hair and masculine clothes. Members of the group questioned her gender, asking if she was ‘a boy or a girl’. She was then struck in the face by rocks thrown by the students.

This troubling episode displays the consequences women face for rejecting societal standards for femininity. The girl was dehumanised by the group, who refused to recognise her right to construct her own identity. In questioning her gender as well as her sexual orientation, they seemingly justified treating her as less-than. It’s apparently okay to stone someone you don’t see as being a man or a woman.

Regardless of the girl’s sexual orientation, she was a target of a malicious attack, carried out because of how she dressed. The news story has hardly made a ripple in the worldwide media, though it has interesting parallels to the motivation behind such global movements as SlutWalk.

SlutWalk condemns the mindset that women are inviting sexual assault by dressing provocatively. The movement began in Canada in 2011, and according to co-founder Heather Jarvis ‘over 200 cities around the world… have had SlutWalks, or SlutWalk associated events, all different languages, cultures, contexts’.

One of the benefits of SlutWalk is the growing awareness of victim-blaming in rape cases. There is a rejection of the notion that appearance should be considered as a factor in the reason for an assault. Sadly, such a rejection is not a part of culture in the treatment of women who chose not to dress ‘like a girl’.

People struggle to accept the fact that some women don’t always want to wear dresses or look ‘pretty’. Gay or straight, women who sometimes (or always) avoid a feminine appearance receive criticism. Although (as a lesbian) I don’t find the word ‘lesbian’ an insult, it’s frequently used pejoratively when a woman breaks free from what society wants her to look like. If you Google Miley Cyrus’s haircut from last year, you find such gems as ‘Miley Cyrus went out and got herself a dyke haircut’ and ‘Miley Cyrus looks like a dang ol’ lesbian’.  Power to Miley for (allegedly) calling lesbians ‘courageous’ and for her enduring support of equal rights.

No one gave me crap about how I dressed, or about my sexuality, until I cut all my hair. At the time, I wasn’t even thinking about making a statement, it was a choice made in the midst of a family tragedy. However, I soon noticed people acting differently on days that I wore jeans and a hoodie. The weirdest was being heckled by young teenage boys as I walked past a play-ground. They jeered, and loudly asked if ‘that’ was ‘a man or a woman’. Increasingly, I became aware that by having a ‘masculine’ haircut, I was declaring myself a lesbian. In this, I had somehow positioned myself as a target for criticism from all kinds of morons. It was nothing as bad as being physically assaulted, but it is a public scrutiny I don’t care for.

The attitude that dressing a certain way is an invitation for commentary (or worse, assault) on the individual is as dangerous as it is widespread. I am who I am, and nothing I wear changes me.

Have you ever drawn negative attention from how you’re dressed?

How can we challenge the culture of public scrutiny of women?

2 thoughts on “Is a short haircut reason enough to be stoned?”