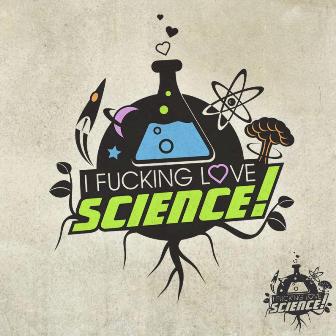 On Wednesday 20 March, the owner of the popular facebook page ‘I fucking love science’ (an excellent page – check it out!) revealed their true identity over Twitter — and it turns out her name is Elise Andrews … and she’s a woman! [Cue gasps of surprise]

And there certainly must have been gasps of surprise, judging from the barrage of comments that followed this astounding revelation. Though while there were some negative comments about her gender, most weren’t upset about it: just surprised.

Personally, I don’t believe this was an awful display of sexism by ignorant people. I don’t blame the people that expressed their shock on facebook and twitter. While I have read the page, I have never given any thought to who runs it. But to be honest, a young female would not have been at the top of my list, despite the fact that I personally know a lot more female scientists than I do male ones. I would have been surprised not because a young female is any less capable of making an awesome page about science and science-y related things, but because we have all been socially conditioned to picture men as the ones predominantly interested in science.

For centuries women have been told that they don’t have, nor do they need to have, any interest in science. It has been only a recent development that people are realising that men and women are not all that different, and that the disparity in employment in those fields is due to persistent yet outdated gender stereotypes, rather than any difference in ability.

It wasn’t only the surprise expressed at the idea of the page being run by a woman that got people up in arms, it was also the barrage of ‘I didn’t expect u to b so hot xx’ type comments. But I don’t believe these were overtly sexist. Again, just like we’re used to the image of male scientists, we’re also used to the idea of unattractive ones. (After all, for someone to get that lucky in the gene pool is just.not.fair.) Had there been a good looking, young, male scientist running an informative and funny science page, the reaction would have been the same. Not that this justifies it in any way, but I think the shock over the idea of a woman interested in science in 2013 is what is genuinely surprising here, not attractive people getting harassed over the internet (again, I don’t agree with it, but it’s a separate issue and one that requires a few more thousand words than I have…).

Reactions like the ones directed at Elise about her gender make me realise just how far we still have to go as a society. After all, the same thing was happening a century ago when it came to writing, with most women publishing under the alias ‘Anonymous’ and people going into shock when the authors of their favourite novels were revealed to have lady bits. And the idea of writers being male has almost (note the word almost) been completely phased out.

It’s awesome people like Elise that make even the best of us realise that deep down we too harbour preconceived misconceptions. And once they’re out in the open, we can start to challenge them. There’s no point vilifying those who were genuinely surprised. Instead, we should use this opportunity to start educating them.

And ourselves while we’re at it.