opening doors for women in science 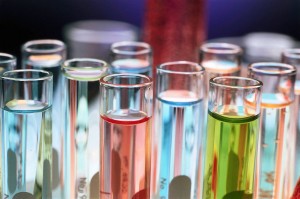 But I’ve also learnt that right now, what girls get told in high school about science is a lie. It’s a lie that goes, ‘More women study science than men these days. Science is a place you will be valued.’

Some of it is true. In my first year, I did find an overwhelming preponderance of girls. In second year, yep, it was still pretty female-heavy. In the dwindling populations of third year, yep, still girls, (maybe even women now), but, by then, maybe less of us than there were men.

And then I had a placement into a couple of the postgraduate labs. And all of a sudden, it was overwhelmingly, unmistakably male. The testosterone was almost audible.

If we were so valued, I thought, why did all the women leave?

Now, don’t get me wrong: scientists are my kind of people.

They invite each other to meetings and specify what kind of biscuits they’re bringing in the email. Every Chemistry lab has at least one periodic table mug in it, and I can’t shake the lurking suspicion that there’s about five more at home, with owners just slightly too ashamed to bring them in. Sometimes I’d swear they absorb coffee.

It’s been four years, and I could list every lecturer and professor in my department. At times, it seems I fit in here.

And yet, there’s something wrong.

When word filters through to undergraduates that there’s one professor with a ‘girls’ lab’ and a ‘boys’ lab’ – something is wrong. When doing a lab placement involves listening to more lesbian jokes in one day than the rest of the year; when only two of the twenty or so abovementioned lecturers are women (none of which are professors) – something is wrong.

Trailing one professor around became a competitive door-opening experience – could I reach it before he did? The one time I did, he actually wouldn’t walk through when I opened it for him. He quietly detached me from the door handle, and waved me through. Ladies first, he said. When opening doors for women in science literally involves opening doors for them – there’s something wrong.

These aren’t big issues. They only niggle; they’re only minor, nagging, vaguely discomforting things. The kind of things that make you think – well, maybe these people aren’t my kind.

Unfortunately, sometimes, that’s all it takes for people to leave.

Let’s get something out of the way early on. Whether mathematical and scientific skill are actually subject to cognitive gender discrepancies seems to be a topic off-limits to public scientific discourse. For instance, in 2005, then-Harvard University President Lawrence Summers, commented that, on accepted scientifically reported data, men were five-to-one times more likely to occupy the top percentile of maths and scientific skills. Public outcry soon forced him to resign.

This data may have been outdated. The reported reduced capability of girls in maths and scientific testing may quite easily be a result of socialisation. After all, according to one study, data from the American SAT for mathematics has shown the ratio for men to women scoring over 700 in the test drop from 13:1 in 1983 to 4:1 in 2005. That ratio may be continuing to fall. Then again, it may be accurate, and might prevent women from ever attaining equality of representations in the upper echelons of science and engineering. That’s worthy of discussion.

But it’s also not really the point. For the purposes of this discussion, let’s focus on the men and women who already study science: who’re already very much onboard this ship.

Getting to the end of an undergraduate degree in science requires, at least to some extent, believing in the scientific process. It’s the cultural myth we all agree to live by: objectivity, commitment to intellectual pursuit and discovery. Equality of process and opportunity.

There is no other community I know that believes in itself as persistently and belligerently as the scientific community does.

But with that, comes the gender problems. Science is a community with a deep, ingrained attitude of valuing certain, traditionally masculine skills.  As Anne Lincoln, Stephanie Pincus and Phoebe Leboy wrote in correspondence to the journal Nature, notices for scholarly awards ‘tend to use language that fosters male images, such as ‘decisive’ or ‘confident’’. As a result, combined with the lack of oversight, awareness of conflict-of-interest issues and women on judging panels, they claim, women win an equivalent share of teaching and service awards, while recognition for scholarly excellence goes overwhelmingly to men.

And as Jennifer Rohn, a cell biologist at the University College London, wrote in Nature, ‘I have voiced opinions during panel discussions to little effect, then watched a man next to me say the same thing to widespread applause. In group discussions, I find that women are often talked over by men as if they weren’t even in the room, whereas men are more likely to let other men finish their sentences.’

The high pipe-leakage, as it’s termed, of women leaving science and technology fields after they’ve studied the subject at a high level, is, according to Anne Preston, Professor of Economics at Haverford University, at least partially attributable to ‘the isolation of being a minority and the associated lack of mentoring and networks, the risk-taking environment, the ‘hostile macho culture’ and discrimination’.

Does this all sound familiar? These are the same issues that are reported almost universally in traditionally male industries and workplaces.

Now, science can’t do anything about a history of sexism any more than anyone can. There’s really not that much point going over it again: nobody wants to hear about how Watson and Crick screwed over Franklin again, or the hundreds and hundreds of women over the years that haven’t had the recognition or regard their discoveries deserved. No, we don’t want to hear about why Einstein was a jerk who mistreated his wife (which, by the way, he was).

But framing this as an historical issue is missing the point. Sure, most of that is in the past, right? Nope, it’s just more subtle now.

Stephen Ceci and Wendy Williams argue that the evidence is that structural discrimination – in hiring, promotion and publication – is no longer the cause of the gender gap in science. Rather, it’s to do with women’s choices, about lifestyle and career trajectories.

And as Ceci and Williams put it, ‘to the extent that women’s choices are freely made and women are satisfied with the outcomes, then we have no problem. However, to the extent that these choices are constrained by biology and/or society, and women are dissatisfied with the outcomes, or women’s talent is not actualized, then we most emphatically have a problem.’

Education, they claim, is the key here. Currently, women make choices early on that the pathway is not for them. Women are far more likely to switch major out of a maths intensive field, even when maths ability is held constant. Why? Perhaps because they feel like they don’t belong.

An increase in role models in these fields would help. An increase in understanding, from all people in the faculties, about the more insidious forms of sexism look like, would help. All we can do now is fight to recognise the right people, and make the community inclusive for all that wish to join it.

It’s not that these cultures are maintained by bad people – they’re not. I like these people.

But as Lieutenant General David Morrison, of the Australian Defence Force, said in the days following the army sexism scandal last week, ‘the standard you walk past is the standard you accept’.

I’m not proud of this, but as I walked through my degree, I’ve accepted behaviour that I simply wouldn’t have elsewhere. Because it’s science, not gender studies. Because they don’t mean any harm. Because I felt like if I complained I wouldn’t belong any more.

I just want a faculty in which I’m not scared to report a couple of guys for some of the most sexist, racist stuff I’ve ever heard people casually spout in a workplace. Just because that workplace is a laboratory doesn’t make it okay.

I want a faculty in which I’m treated the same as any other person – where I’m considered capable of opening a door and working in the same lab as a man.

Maybe, once we start addressing those little, nagging, unsettling things, women will finish their science degrees with a nicer taste in their mouths and a desire to stay on in the field.

Frankly, if I all I achieve with this is stopping one more person from using Einstein’s face as the universal image of science, then I’ve done well. He was a jerk, okay?

5 thoughts on “opening doors for women in science”