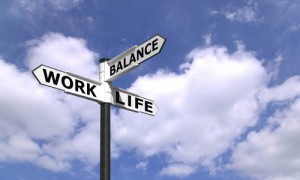 The perennial problem for women in the workforce : For love or money? Why is this a problem more so for women than for men? It’s the fact that women will always be thought of as the most capable and “natural” care givers to young children.

Some dogmas just don’t die. Until the attitude that men are just as capable and eager to handle domestic and child rearing matters becomes more acceptable, the fact of women facing enduring difficulties in the workplace when it comes to pregnancy and maternity leave will continue to be an unjust reality.

The entire problem boils down to age-old beliefs. Over the decades, beliefs have been managed, altered and tampered to comply with what is politically correct. But beneath the veil of contemporary political correctness still lie the same old rusty “truths”. Claims and beliefs that trace back to medieval and biblical roots. Women: soft, compliant, domestic and maternal. Men: dominant, powerful, strong and business-minded.

To be fair, we’ve seen a lot of interchange between these sets of adjectives. But the fact that women are still facing difficulties finding employment during the child bearing period and being assured that they’ll still have a secure spot at the workplace after maternity leave, proves that businesses are not acknowledging or respecting women.

Since when did life become so black and white? Businesses see their employees as workers and we are led to believe that they also see us as people with the many “rights” they grant us with. In Australia, we are lucky to be covered in so many areas in terms of employee rights, but it seems that business still comes before people.

A woman has the right to have a child if she wishes to. But this is not her primary duty in life. But if a woman does choose to have a child, then businesses seem to choose to see this as a clear declaration of motherhood as her number one desire and duty. It’s not the case. Women have more roles to play in life than men. It’s that simple.

Men don’t have to struggle for the rights to play more roles because let’s be honest, they never had to. Women had to fight to work, vote, be a mother AND be part of the workforce. The workforce simply doesn’t care about the fact that women have as many roles to play and fulfill as men do. That’s not part of the business constitution. Bottom line in the workforce: make money and secure assets. A mother-to-be is a threat to their success.

Women are still being marginalised in the workforce on grounds that partially define them. It’s a fact that women do bear children, want to look after them and want to properly experience the joys of motherhood. Some women mightn’t want this, and this doesn’t make them any less of a woman. But let’s not get too philosophical here; society views women as child bearers, mothers and managers of the private sphere.

You can’t be at home and at work with equal motivation and gusto, can you? I certainly believe you can, but convincing CEOs, bosses and managers is another story, especially if this person happens to be a man.

The weight of the matter is that each hemisphere of a woman’s life demands her to be present with equal urgency. The work place needs her, the home needs her too. Before she gets fired or even before she’s entering the workforce, it’s up to her to decide which area she’s going to be more dedicated to. But that’s a tall order. Both work and motherhood are pivotal points of a woman’s life because it’s in both areas where she demonstrates strength and leadership.

What’s a woman to do in this position of conflicting interests? The good news is that women have been balancing both careers and family for decades and I’m sure they will continue to do this for decades to come. Although this by no means helps to resolve the issue at hand, it shows that competency in balancing roles is a woman’s forte.

A woman must be more things than a man, and although that sounds like a lot of pressure, I think that we’ve come so far that we’re used to this sort of role switching. Women may continue to be victims of this unjust trend of being let go because of falling pregnant, but there’s no doubt that they are more than capable of picking up where they left off with as much determination and gusto as when they began their careers.