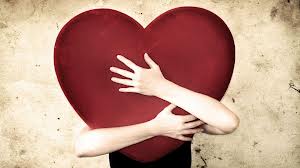 On Valentine’s Day last year my beloved (if occasionally a little slow-on-the-uptake) partner arranged to catch up with a friend of his for some casual after work drinks. When he informed me late in the afternoon that he’d made plans for the evening—plans that didn’t involve me, I was, to put it mildly, somewhat perturbed. Because unlike a lot of people of my age and peer group, I really like Valentine’s Day.

When I was growing up, Valentine’s Day was kind of a big deal in my family. We believed in celebrating holidays. In our garage there were boxes marked ‘Halloween’ and ‘Valentine’s’ and ‘Easter’, whereas most people only seemed to have one box marked ‘Christmas’. We had egg-dying kits for Easter, plastic jack-o-lanterns to carry our Halloween lollies, heart-shaped cookie cutters for Valentine’s and a seemingly endless supply of cardboard bunnies and hearts and ghosts to string up around the house during the appropriate holiday.

The obvious explanation for all this enthusiasm is that my mother is American, and everyone knows that Americans like holidays. No, scratch that, they LOVE holidays.  Love them with the same boundless enthusiasm and can-do spirit that often makes people from other countries smile fixedly and back quietly out of the room.

Though, even had my mother not been American, I think she still would have been the kind of person to throw herself and her family headlong into the holiday celebration game because she is, above all, one of life’s ‘joiners’. If something was going on, she wanted to be a part of it. She believed that setting aside special days simply for fun or silliness or professional-level lolly-eating was as important a tradition to establish in a family as doing your homework on time or not leaving wet towels on the bathroom floor.

The most common complaint about Valentine’s Day is the same as the one levelled at Christmas and Halloween: that they’re commercial rackets, encouraged by corporations, to extract as much money as possible from the unsophisticated masses. To be enthusiastic about these holidays is to expose yourself as a hapless rube, a naive pawn of the corporate system.

This accusation has always baffled me. If you don’t like the way people celebrate something, then… maybe don’t celebrate it that way? If you think buying a dozen red roses and a pink stuffed teddy bear with ‘I WUV U’ sewn on its belly is tacky and consumerist, then feel free to not buy them. Our culture may worship consumerism, but I’ve yet to hear of anyone being forced at gunpoint to purchase heart-shaped boxes of chocolates by the Valentine’s police.

Then there’s the other great claim, levelled specifically at Halloween, but to a lesser extent at Valentine’s Day as well, that there’s something inherently American about these occasions, and that celebrating them is actually a pernicious form of cultural imperialism.

This accusation I find even more bemusing. Is it really so oppressive to dedicate a day to dressing up as something scary and running around after dark demanding lollies from strangers, or to exchanging gifts and putting aside time to spend enjoying the company of a loved one?

I suspect part of the problem is that our celebration of Valentine’s Day is actually not American ENOUGH. In Australia, it’s a day that many feel uncomfortable with because of an obsessive focus on romantic, monogamous, heterosexual love. But in the States, while representations of romantic love are unavoidable, it’s also recognised as a day to express all the other forms of love that fill our lives, like friendship, respect and familial love.

My childhood celebrations of Valentine’s Day were definitely in this broader American mold. Every 14th of February, from kindergarten all the way to year twelve, I gave a Valentine card to each and every member of my class, and to all my teachers as well. If this sounds mildly insane, it undeniably felt that way to me at the time too. Some years I really didn’t want to do it. But my mother always overcame my objections, and I’d dutifully spend an hour or so with a class list, deciding which people would get which card and praying no one would take my humble offering as a declaration of undying love.

Giving out Valentine’s Day cards to classmates is de rigueur in the States, but my classmates and teachers always greeted my cards with mild astonishment.  The other thing they greeted them with was an undeniable, if occasionally surreptitious, pleasure and happiness. No one wanted to be left out, and I saw more than one card tacked up inside a classmate’s locker, months, even years later. People like being liked, and they especially like being told they are liked in greeting-card form. You can be cynical about it, but I have thirteen years of hard-won empirical research to prove the efficacy of the greeting card.

And for my part, almost all of the cards I’ve been on the receiving end of were also given in the spirit of non-romantic love. I have spent almost all of my Valentine’s Days without a romantic partner, but I’ve never felt any less able to celebrate the day. Come the 14th of February, a card will invariably arrive from my Mum, or I’ll spend the evening eating junk food with friends, or I’ll even just go to the movies on my own and spend some time doing the things that are special to me.

Last year, my partner did eventually cotton on the fact that I wanted to be with him on Valentine’s Day, and we ended up spending the long summer evening wandering around my neighbourhood, grabbing some Mexican take away and eating it quietly in a nearby park as the sun went down. That is my kind of Valentine’s Day.

If you feel left out by all the Valentine’s Day ads showing happy, attractive, young, white, heterosexual women being showered with gifts of red roses and diamond earrings by their handsome, presumably wealthy, white, male partner, then rest assured that I feel left out by those ads too. Because that version of Valentine’s bears no relation to the Valentine’s Days I celebrate, the Valentine’s Days I’ve made for myself. But feeling left out by that version doesn’t mean you have to forgo the pleasures of the day altogether. Make it a day to celebrate the love you have in your life, whether that’s love for another person, a family member, a friend, a pet, or even love for a favourite movie or favourite food.

The point is simply to put aside some time to recognise and appreciate that you are capable of feeling such a powerfully strange emotion at all. So have fun with it! You won’t regret it. I swear to you that no-one in the history of the world has ever used their last dying breath to whisper regretfully, ‘you know, I really wish I hadn’t wasted all the time celebrating Valentine’s Day. What a crock of commercial bullshit THAT was.’