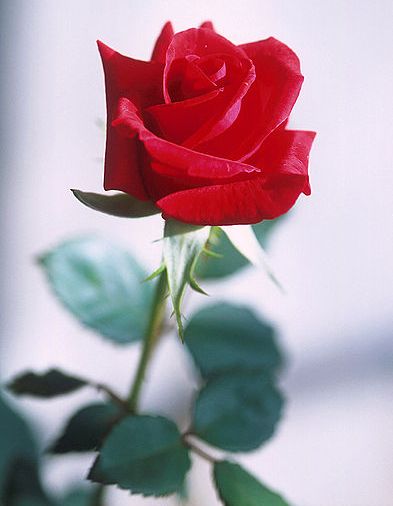 The big day is finally here. There’s no time left to find the right inanimate object to show your mum how much she really means!

It’s not that I don’t like the idea of showing people you love them. And I can even ignore the commercialisation of that love (my boyfriend found out the hard way that flowers are expected on Valentine’s Day, regardless of what I’ve said). But I can’t help feeling kind of alienated on that one Sunday in May.

See, I found out recently that Mother’s Day was originally created in remembrance of mums who had passed away. And then I found out that very few people knew this. My own mother passed away from a stroke when I was a teenager, and though I still felt comfortable making ‘your mum’ jokes, I always felt a little hard done by on Mother’s Day.  There was no escaping the fact that I was different. I no longer had a mum and those who did have them; they were celebrating it everywhere – on telly, at the supermarket, in school. Salt, wound… you get the picture.

I will admit, when I was younger my family did celebrate Mother’s Day. It entailed my sisters and me getting up early to present a lovingly hand-drawn card and making breakfast in bed for our mum. It was simple – peanut butter toast and a coffee. I know that it meant the world to her, and there are few other times that I can remember feeling close to her like that.

When I think about it now, I can see how different I am compared to my mum. She was the traditional housewife, the first person up and the last to go to bed. Her day consisted of cooking, cleaning and organising us so we wouldn’t be late to whichever after school activity we were scheduled to be at. Maybe she enjoyed Mother’s Day because we were showing her the respect that she deserved once in a while, but maybe she just enjoyed indulging in a well-earned sleep in.

When my mum had her stroke we all thought she would recover. We couldn’t wait for the day she was moved from the ICU – we were going to fill her room with pictures and cards and balloons and flowers. We wanted to spoil her the way we felt she had continually spoiled us. We wanted to give her a million Mother’s Day breakfasts in a row. Unfortunately, she passed away before we got the chance to do this. Rationally, I know she knew how much we cared for her, but that doesn’t seem to soften the blow. What’s probably saddest is that my family needed a tragedy to remind us to show our mum how we felt, and most of us need Mother’s Day to do the same.

It’s not necessarily a bad thing to celebrate Mother’s Day; sometimes we need a little external motivation to express our emotions. But the significance of the day continues to change. More and more it’s becoming a celebration of women, which inadvertently reinforces the connection between our entire gender and being maternal. I loved my mum, not because she gave birth to me but because she had qualities beyond that. Because she was compassionate and strong. And because she taught me that I was capable of doing whatever I wanted. Though I no longer have my mother here with me, I have other strong female role models in my life and on Mother’s Day I can use them as a distraction.

Everyone experiences Mother’s Day differently and my story is not a new one. But for an event that was intended as a memorial to those passed, it’s sad to see that it has become a glaring reminder of what some have lost, in a less than comforting way.