rethinking Hysteria and the regulation of female sexuality 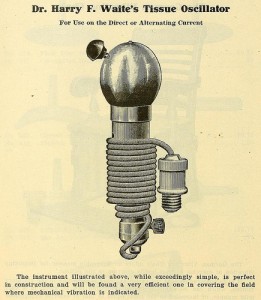 Hysteria tells the story of the vibrator’s invention. From the 4th century AD, medical professionals believed many women were afflicted with ‘hysteria’, the ‘womb’s disease’. This disease was characterised by a wide range of symptoms, including loss of appetite, irritability, anxiety and ‘abdominal heaviness’. In her book, The Technology of Orgasm, historian Rachel Maines argues that these symptoms were in most cases indicators of sexual frustration.

These points have earned Hysteria some acclaim. Curve magazine called it a hilarious ‘passion project’, while the review panel Let’s Talk Film says it’s perfect for those wanting ‘endless laughs sprinkled with a bit of feminist history’. Even Margaret and David described it as ‘fun’.

Yet, as The Guardian’s Alex Von Tunzelmann pointed out, ‘the reality probably wasn’t anywhere near as much fun as is depicted here’. Perhaps we need to consider the vibrator’s history a little more closely before declaring the film a feminist triumph.

Because framed in a different light, the treatment of hysteria by vaginal penetration could be described as rape.

In the introduction to Technology of Orgasm, Maines dismisses this interpretation, writing, ‘… orgasmic treatment could have done few patients any harm…It is certainly not necessary to perceive the recipients of orgasmic therapy as victims: some of them almost certainly must have known what was really going on.’

Hysteria paints a similar picture. Female patients are depicted as consenting through their smiles of guilty pleasure as they enter young Dr. Mortimer’s office. Dialogue hints at their full awareness of what the treatment entailed, and insatiable desire for more, as one patient requests extra sessions, suspiciously noting that her condition has become more severe, and another, still compromised by the pleasure of her recent orgasm, drunkenly chimes ‘Thank you, doctor.’

Though this may well have been the case for some women, it is hard to overlook the definition of rape, which ‘generally includes penetration of the genitalia by a penis, object, part of a body or mouth’ without consent.

So the greatest question here is: to what extent was consent granted for this invasive cure?

Further, one could argue that the lack of information available to women about and the shaming of female sexuality at the time may have compromised their ability to consent. Charles Taylor even wrote in 1882 that women have ‘nothing of what is understood as sexual passion.’

Overall, these factors point to the need to reconsider the way popular media often frames the treatment of hysteria: as a site of hilarity and female pleasure. Rather, it could be viewed as a site of the control and regulation of women’s bodies and their sexuality, which in some instances may have amounted to rape.

Though Hysteria has some strong points, it might not be worth all the buzz.

2 thoughts on “rethinking Hysteria and the regulation of female sexuality”