side by side: a mother’s duty 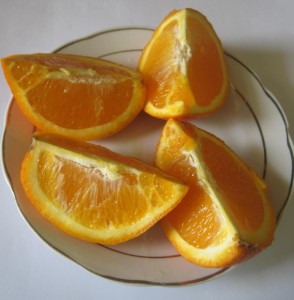 Sunday was Mothers’ Day. As with any holiday or event, brands and companies jumped at the chance to make reference to the day in an attempt to stay relevant.

Sporting teams and leagues were no different, and Mothers’ Day brought a plethora of posts thanking mothers for their contribution to sport. A nice sentiment, right? Good to be recognised. Indeed, the contribution of women, and mothers in particular, in sport has been multi-faceted, often unassuming and an integral part to the success of many an athlete and club.

Honestly though, the emphasis on what women give to the game as mothers kind of reeks of women’s subservience. By its very nature, a parent’s role is to care for their child, and these messages particularly emphasise conservative views of the mother as nurturer. While it’s important that we recognise the often invisible work of mothers supporting their children in sport, the language of some social media almost implies that this is the only way that women contribute.

I expressed this very sentiment on Twitter on the day itself, and some agreed that it felt patronising. @Thiscassgirl observed that people like to pick and choose women’s work in sport that they want to celebrate. For example, it’s fine for mothers to volunteer their time in the canteen but God forbid they want to play the game or have a greater impact in administration. This references the almost glacial pace at which the push for women’s football on a national level was moving for a long time, as well as the lack of female representation at clubs.
There is sadly an implication in these posts that a mother’s involvement in sport is always about being selfless, putting themselves last. A woman’s role – in this idea – is to support the men in her life: her father, husband, brothers and sons. She supports them in pursuing their dreams, from the sidelines. You know, the stereotypical jobs: washing the uniforms, making 100 kilometre round trips to take the kids to training and supporting them through the highs and lows that come with any sport.
Particularly in Australia, a love of sport can be viewed as something passed down through the generations from father to son, and used as a bonding experience. Traditionally, it’s the dad who kicks the footy in the backyard, passes on fan affiliation and takes the kids to the games. Why, then, does it seem to be expected that the mother will do the dirty work?

Of course, that’s not to suggest that there is anything wrong with women carrying out these duties or that they are unimportant. Many mothers are more than happy to do anything they can to support their children. However, it speaks volumes about the expectations we have of mothers that, when it comes to elite team sports such as AFL and rugby league, tend to benefit men in the long run.

Women should remember that there’s such a thing as being too supportive, apparently. When beleaguered Richmond captain Trent Cotchin’s wife Brooke posted support for her husband on Instagram, former AFL player Jonathan Brown criticised Brooke for speaking up, saying that players’ wives should stay out of the spotlight. According to Brown, Trent would obviously have been embarrassed by his wife’s show of support as it suggested that his team was ‘soft’: ‘We just want to be big boys, we want to be men and it’s a man game.’ Yep, he actually said that. The message from this is that, even when women do what is supposedly their duty, they must do so invisibly without damaging their spouse’s fragile masculinity.
Recognising the rhetoric of thanking mothers for making ‘our game great’ as a little patronising strikes to the very heart of the issue with Mothers’ Day. Even when women take on full-time employment, it has been found time and again that there is still an expectation that they take on more than their fair share of domestic duties (Annabel Crabb’s book The Wife Drought examines this frustrating issue well). Mothers’ Day seems to be the one day of the year where many men and (older) children even attempt to do their share of domestic work as a show of appreciation, and accept loving praise for making an effort. Again, it comes back to the unpaid physical and emotional labour that is expected of mothers.

The overlooked element of mothers’ and wives’ labour is an integral part of sport. Similar to emotional labour, this role so often fades into the background because it is expected. There are women working quietly in the background to keep organisations going, expecting and receiving little acknowledgement. Late last year, the Commonwealth Bank launched a campaign with Cricket Australia celebrating its ‘off-field heroes’. While inclusive of groundsmen and fans, the emphasis of women’s contribution was on the fact that they are mothers supporting their families. Is that what women are implicitly relegated to?

All of this ignores the simple fact that women can actually be mothers and play sport. Whether it’s fun on the weekends in a local league or at the elite level, like Melbourne Victory goalkeeper and former Matilda Melissa Barbieri, women don’t have to do one or the other. It would be great to have some representation reflecting that fact.

One thought on “side by side: a mother’s duty”