street harassment: stop catcalling before the claws come out 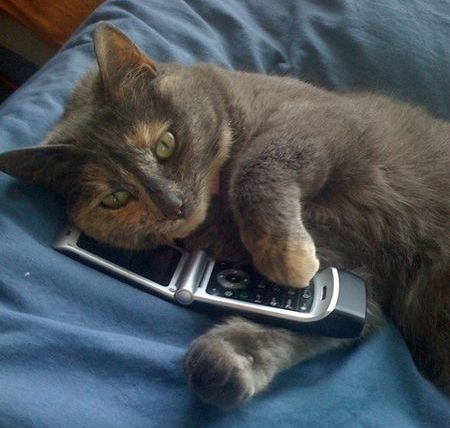 This is the only catcalling we approve of.
(Image: John Semans via Wikimedia Commons)

Beware: they will strike when you least expect it. It doesn’t matter that you were minding your own business. Don’t even bother trying to avoid eye contact. And if you think you can make it into the safety of the nearest store before the attack begins, well, think again.

You spot their gaze locking onto you from the other side of the street. Your predators nudge their cronies and point fingers in your direction.  Or perhaps you notice the car on the road beside you is coming to a crawl, its window rolling down slowly like a scene from a horror movie. You know what’s coming. You brace yourself, and right on cue, their attack cry echoes down the street.

Every woman has encountered them at some stage in her life. Sometimes you’re lucky enough to be greeted with their more creative side. A personal favourite of mine: ‘I know you, I saw you in my bed last night!’ Wow, give me a moment to marvel at your powers of seduction. Alternatively, their charms escape them and they are reduced to jeering and yelling at you from the packs they always seem to travel in.

My question is, why? Are they trying to find a nice girl to bring home to their parents by hurling lewd comments at her as she goes about her business?  Or maybe they’re just trying to maintain their male ego through the cowardly act of making unsuspecting women feel as uncomfortable as possible.

If their goal is the former then they are failing miserably. But in the departments of humiliation and discomfort, catcallers are having much more success. It’s not pleasant to have provocative profanities shouted at you in public. In fact, if you’re a woman who is on the streets alone, having a group of rowdy men call out to you can be downright terrifying.

Maybe these catcallers think that they are just having a bit of fun. Hell, maybe they’re even deluded enough to imagine that women should be flattered by their attention. The reality is very different. We live in a time where women are taught from a very young age that they have reason to be scared of the outside world. It isn’t irrational fear mongering either. A report released in June 2014 by advocacy group Stop Street Harassment, found that 65% of women surveyed had experienced public harassment in some way. A startling 23% of these women reported that this harassment included some form of non-consensual physical contact.

No matter how innocent the intention of these catcallers, and no matter how much fun is being had, women have every right to object. We live in a world where the monsters have crawled out from under the bed and now lurk on street corners. How are women supposed to distinguish between the “innocent” comments of men having a laugh and the sinister suggestions of those looking for something more?

American artist, Tat­yana Fazlalizadeh has taken to the streets with her campaign to stop catcalling. Posters depicting the faces of women accompanied by phrases such as ‘Stop Telling Women to Smile’ and ‘Women Do Not Owe You Their Time or Conversation’ have been plastered by Fazlalizadeh in public spaces around America. It is a stance against those who think they have the right to a woman’s body.  Australia could benefit from a similar message.

No matter what she looks like, what she is wearing or what she is doing, a woman walking down the street is not public property. You couldn’t walk up to someone in a restaurant and shout vile suggestions at them without being asked to leave. You can’t go up to someone in a store and make rude comments on their clothing without being condemned. It isn’t acceptable to go to a gym and reflect out loud about the state of people’s bodies. Yet something about a woman out in the street seems to make certain types of men forget that boundaries exist.

To the women who have experienced street harassment, it’s time to say enough is enough. To the men who are uncomfortable with their mates’ childish behaviour, it’s time to speak up.To the boys who still feel the need to call out to women on the street, it’s time to learn some self-control. You’re not funny. You’re not creative. You sure as hell are not being charming. Heckling, hooting, catcalling and wolf-whistling… well, it makes you look as much like the group of animals as you sound.

Rebecca Letts is a twenty-year-old Melbourne student double majoring in creative writing and media and communications. She has a passion for all things fan-culture related.