the 5 step guide: my response to overheard homophobic comments 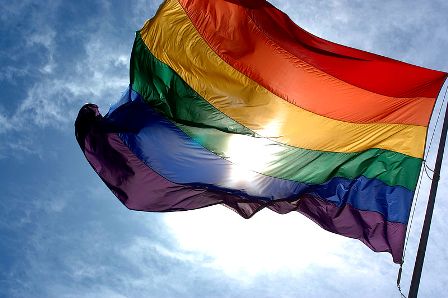 I was sitting on a bus a few weeks ago, listening unabashedly to a conversation between two other passengers. They had just watched a Youtube video on one of their phones of gay marriage being passed in Parliament somewhere on the other side of the world. Judging by the young men’s uniforms, they were studying to be paramedics at a nearby university. He had a name badge on, but for the sake of privacy, let’s call him ‘Tom’.

‘I don’t want to have to deal with that shit,’ Tom said to his friend, ‘I don’t even care that much about gay issues. Don’t care if they get married, don’t care if they sit next to me on a bus.’

They looked each other up and down, and snorted quietly.

‘Just as long as I don’t have to watch them make out or have sex.’

A transition from formerly repressed snorts to full bursts of laughter followed, and a few people on the bus laughed with them. Other passengers (including myself) cringed collectively until our faces hurt as much as the sections of our brains that controlled tolerance of public idiocy. I scribbled down an answer to Tom’s opinion in a notebook I had in my satchel. A foolproof, five-step guide to making sure that Tom, as a firmly heterosexual male, wouldn’t ever have to watch male/male sex:

2. Don’t choose to watch men have sex with each-other.

3. Don’t choose to watch videos of men having sex with each-other.

4. Don’t choose to look at images of men having sex with each-other.

5. Don’t choose to vividly imagine men having sex with each-other in your spare time.

Anonymous, frustrated traveller sitting behind you and hoping like hell she’ll be able to gain something (publication, perhaps) from the displeasure of hearing ignorant words come out of your ignorant mouth.

My point: People deal with sexual images on every media platform on a daily basis, and the grand portions of these images are targeted at a heterosexual audience. No significant eyelids seem to be batted at this fact. I ask you, Toms of the world, to imagine yourself as any member of the LGBT population.

The experience of being bombarded daily by images of an exclusively heterosexual nature, depicting a specific kind of sex that you may not be remotely interested in having or being exposed to, is a difficult one. As a hypothetical non-heterosexual, you may very well be disgusted. It may be a similar kind of disgust to the kind you feel now, Paramedic Tom, about all of the public images of men having sex with men, and women having sex with women that you have to deal with… oh wait, never.