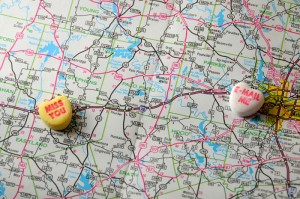 As a feminist, I often get into situations where I’ll do something vaguely ‘un-feminist’ (not that I even believe in that term), and whoever is with me will clap their hands in glee and say, ‘Ha! That’s not very feminist of you, is it?!’, triumphantly, as if I’ve finally been caught out as the fraud I truly am.

Like, for example, if I watch a movie with Andrew Garfield in it and mention that I think he’s a sexy beast, thereby objectifying him, which is somewhat sexist.
Or if I say I don’t like a girl’s outfit on the tram, thereby discounting the power of the sisterhood.

Does this happen to you, ever? Do you often feel like people are just waiting to point out how much of a closet sexist you are, just so they can prove you’re not the morally superior, gender-equality supporting feminist you claim to be?

Don’t get me wrong, I definitely don’t mind being called out on sexist behaviour – I know that I can sometimes generalise and say things that are offensive, and I’d rather be told by a friend than offend a stranger.
But there are cases where this policing of ‘feminist’ and ‘un-feminist’ behaviour gets out of control. Let’s take for example, relationships.

I am in a nice, cozy relationship at the moment, and my boyfriend is overseas for a month. Being that we, you know, care about each other, being apart is kind of tough sometimes. It’s natural to miss people you’re close to when they’re miles away, and sometimes you need your boyfriend to be in the same time zone as you.

Yes, that’s right – sometimes I need a man. Not all men, and not all the time – but this one guy, for the purpose of this relationship.
In the time since he’s been gone, I have tried my hardest not to mention too much that I miss him, to only mention his trip casually if it comes up, and to put on the bravest of faces so that no one realises how much I’m pining (you know, until I choose to blurt it out all over the internet).

The ONLY reason that I am so antsy about appearing unconcerned by our separation is because I don’t want to give people the satisfaction of being able to point out that, despite my strident feminism, I still get needy and miss my boyfriend like the stereotype of a clingy girl.

I don’t want to be branded as ‘unfeminist’ because I have all these pesky emotions.

I find this societal pressure to behave in a certain, sanctioned ‘feminist’ way to be pretty offensive.

Firstly, the stereotype of the unfeeling, cold, independent female feminist is stupid and offensive, because we don’t have to give up the right to emotions in order to be a strong feminist.

Sure, I miss my boyfriend. Yeah, I’d like him to come back in once piece. Sometimes I get upset because we’re apart. Do these emotions mean that I’m too dependent on men? Hardly.

I also think that the notion that being dependent on a partner makes you somehow weak is a bit sad – at the end of the day, we’re all dependent on any number of different people for our happiness, and that doesn’t imply any level of weakness to my knowledge. It implies being human.

I can certainly admit that some of this judgement I’m so keen to avoid is in my head. I know that my friends wouldn’t actually leap at the chance to mock me, when they would much rather be supporting me if I’m down.

But I feel a lot of pressure to uphold these bizarre perceived standards because I don’t want the important feminist thoughts and opinions I espouse to become lessened by the fact that I need my man sometimes.

I think the need to be a ‘good’ or ‘strong’ feminist can cause a lot of unnecessary pressure a lot of the time, and it’s based on the idea that we have to prove ourselves before anyone will take our opinions seriously. But to me feminism is about choice, and there are no specific traits that mark out a feminist from anyone else.

Being in a relationship can make you feel like a bit of a sell-out sometimes, because one of the most prevalent feminist stereotypes is that of the ‘I don’t need a man, I’m going to burn my bra’ variety.

I don’t need a man – to provide for me, take care of me, or tell me what to do. But I do need good friends, happy relationships, and the guy that I love to be around sometimes.

I don’t think that’s particularly ‘unfeminist’ – do you?

3 thoughts on “the feminist relationship”