the problem with birth plans 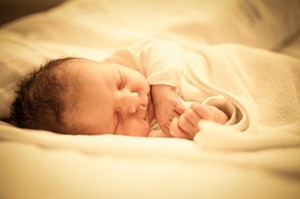 I’m pregnant and while most people around me have responded in a lovely, thoughtful way, it has opened the floodgate for some annoying questions. Chief among these are the ubiquitous, ‘Do you know what you’re having?’ (Yes, a human) and ‘Were you trying?’ which has the rather distasteful connotation, ‘Just how enthusiastically have you been having sex?’ But the one that really gets my goat is, ‘What’s your birth plan?’

What people are really asking here is which side of the natural/medical divide I fall onto – which is basically a spectrum with ‘natural’ birth (i.e. epidural-free birth in a location of the pregnant woman’s choosing – perhaps her home) on one end and ‘medical’ birth (birth in a hospital attended by midwives and possibly an obstetrician, where a range of medical interventions such as epidural, forceps delivery, or caesarean delivery, might occur) on the other.

It’s a trap. The implication here is that birth is something over which you have control and choice. And the implication then is that, if you plan for a ‘natural’ birth and end up having medical interventions as your labour progresses, it is your willpower or moral strength which was not up to the task.

Sarah J Buckley argues for natural birth in her book, Gentle Birth, Gentle Mothering. She believes that pregnancy and birth have become needlessly ‘medicalised.’ She writes, ‘Our genetic code for birth is rich and accurate … modern obstetrics has not honoured this genetic code’. Advocates such as Buckley have had a wide-ranging influence on birthing, despite the fact that they fail to mention that infant and mother mortality rates have been greatly reduced by modern changes in medicine. For the majority of mothers, birth is a very painful experience; for some, it may quickly turn life-threatening. ‘Medicalisation’ means that in such cases, the mother and baby can usually be saved. It is now extremely rare to die in childbirth. When people talk about over-medicalisation of birth, I often want to ask if they think our treatment of cancer has been over-medicalised.

Of course, there’s nothing wrong with having a birth plan per se. It’s apparently useful to rehearse breathing exercises and some people probably find it helpful to do a lot of reading, attend classes, and be as informed about the process as possible. If it’s all done in the spirit of preparing you for a painful experience you have never undergone before, it can only be a good thing. A birth plan seems like a great idea if you’re the kind of person who likes to plan things in advance – but that’s all it is: it’s about how you hope things will go, not a hard-and-fast indication of what will happen when you go into labour. Labour is not always predictable and a lot can change very quickly in the delivery room. It’s dangerous to adhere too rigidly to a plan made before the experience of labour began. It’s ludicrous to hold other mothers to such a plan, or to feel some sense of superiority because your labour went according to plan when theirs did not.

Supporters of the ‘natural birth’ phenomenon advocate handing out copies of your birth plan in the birthing suite; some doulas (paid birthing partners for those women who don’t have a partner or family member to be a support person during the birth) market themselves as ‘advocates for the mother’s desires’ and claim that they will stand up to midwives, nurses and doctors who might encourage medical intervention. In my understanding, medical professionals don’t currently recommend intervention in the form of caesareans, forceps, or episiotomy, unless it’s deemed medically necessary. There are also some doulas who promise that they will stand up to the mother if she requests an epidural and remind her that she wanted a natural birth; that she should just ‘push through the pain barrier.’ Never mind that her commitment to refusing an epidural was made before she had even an inkling of the level of pain she might experience in labour, or the fact that she might be asking for pain relief now, when she is actually in pain.

A good friend had a plan for a natural birth. Her labour ended up being more than forty hours long. Eventually, the doctors recommended an epidural, and a forceps delivery; she gave birth to a healthy girl. When she announced the birth of her daughter she made a point of saying that labour was ‘rough’ in order to justify the medical necessity of the epidural and mode of delivery to her friends, as though she feared their judgement. I found this unbearably sad. She had just gone through a long, painful, possibly traumatic experience and at the end of it she had the healthy baby she hoped for. Was this not enough? Another friend had an emergency C-section two years ago and was faced with judgement from those in her antenatal class for not ‘standing up’ to the obstetricians. If she had not had the caesarean, she might have lost the baby. Some advocates even recommend ‘natural’ birth in complicated pregnancies such as with twins or breech deliveries, even though there is an increased chance of brain and neck damage for breech babies which have been delivered vaginally.

My birth plan, for those who are interested (you know who you are) is this: go into labour, enter hospital, and come out with a healthy baby. What happens between the onset of labour and the delivery of Progeny Numero Uno is primarily up to chance. Maybe I will need a forceps delivery. Maybe I will need an emergency caesarean. I hope I won’t – caesareans are major abdminal surgery and the recovery period after one is longer than for vaginal birth. But if I do it will be on the recommendation of the trained professionals – midwives and doctors – around me.

Birth has been reframed as some kind of moral battle between those mothers with the willpower to deliver without medical assistance and those who are too weak-willed to do so, rather than as the mostly unpredictable entity it is. Women should be able to give birth however they want, without judgement. But the primary purpose of birth has got to be the delivery of a healthy child.

2 thoughts on “the problem with birth plans”