the real aim behind the ‘three word budget’ 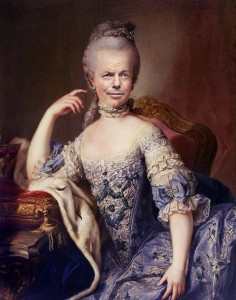 On Tuesday the 13th of May, the federal government’s treasurer Joe Hockey presented the 2014-2015 budget to the Australian Nation in a speech that was broadcast on ABC TV. Throughout the speech Hockey proclaimed that the budget changes were for and about ‘the people.’  However, as a socially conscious individual, I beg to disagree.

The focus of the 2014 -2015 budget is money. Prime-minister Tony Abbott, and the majority of the federal parliament have made getting the budget into ‘surplus’ their priority. In order to make and save money, the government is cutting spending on foreign aid, welfare payments and public services, while increasing the costs of visiting the doctor and attending university. While Tony Abbott, Joe Hockey and other representatives of the Liberal party are standing by their proclamations that the proposed changes are for the good of Australians; the benefits certainly don’t benefit all. It’s the poor, the sick and the needy that have been left out of consideration. The pockets of the population that are already most disadvantaged are the ones that are set to pay for the government’s earnings.

The government’s neglect of the poor is perhaps most evident in the changes made to foreign aid. In the 2014-2015 budget, foreign aid copped the biggest slog. Despite promising to increase the aid budget annually, Hockey announced last Tuesday that the government would be reducing its spending on aid by $7.6 billion over the next 5 years. Australian Aid in the past year has helped 2.2 million people in Asia, the Pacific and Africa access safe water; and has ensured that skilled birth attendants have helped 230 000 women give birth. These services are basic, but have saved millions of lives.

Locally, this may not seem particularly significant. Reading this you may be thinking ‘Australia should be our priority.’ Well, you are right, but my point is that the government has neglected to give any help to those most in need. The foreign aid budget may not effect us directly, but it does reflect the broader ideological standpoint of the federal government which is imbedded throughout the budget.

The priorities evident throughout the budget announcement on the 13th are on saving money and making well-being an individual responsibility. Across social media, the government’s plans have been described as the ‘threewordbudget.’ In other words, the plan is to ‘fuck the poor.’

Last Tuesday night, Joe Hockey announced cuts to welfare throughout his speech. Among other things, the government is planning to tighten the eligibility for the family tax benefit, lower the threshold for income support, and increase the age at which individuals can receive the pension. All of these changes will undoubtedly further disadvantage lower socioeconomic individuals.

In Australia, many individuals rely on government support just to afford daily living. While the government changes are justified on the basis that individuals should be working rather than relying on welfare payments, the high costs of living in Australia mean that low income wages are often not sufficient. Full-time workers in low income industries such as retail and childcare often have no choice but to rely on their incomes being propped up by welfare payments.  Similarly, extra money is often sought from individuals receiving the majority of their income from the government such as students, pensioners and stay at home parents. Those who rely on government payments do so out of necessity. They do not live the lives of luxury that have been described by Liberal politicians.

As a result of the 2014-2015 budget, there are a few cohorts that are going to suffer the most, and all of them are already disadvantaged. One of these groups is single women with children. In Australia, single mothers are already the most likely individuals to be living in poverty; and the most likely to be relying on support from the government. The cuts to welfare and decreases in income thresholds will only increase their struggles. In short, the budget changes are a punishment to those who are already impoverished.

To me it seems that the all of 2014-2015 budget plans neglect social inequalities. In addition to the changes to welfare payments, the plans for tertiary education are particularly significant. To make up for the reduction of public funding to universities, course fees have been deregulated. What this means is that universities in Australia will increase the cost of getting university degrees. Some courses such as Arts and Law, are said to increase by more than 150 per cent.

The undoubted result of this is that less students from low income families will attend university. The reduction to welfare payments in combination with the rise in university fees will mean that gaining a tertiary education will simply not be a possibility for many young people.

In the name of saving the nations economic position, the federal government has abandoned all social conscience. Funds from welfare, health, education and public services have been slashed, and business has been given the autonomy to earn more and more money. There is no doubt that the changes announced in the 2014-2015 budget are going to effect the already socially disadvantaged most significantly. The costs of living are set to increase at the same time that help from the government will diminish. The changes to tertiary education will limit its availability to the highly privileged, and individuals born into lower socio-economic backgrounds will never be able to afford to improve their position. Federal MPs can claim all they like that their budget decisions were made for the good of all Australian people; but it’s pretty clear to me that their priorities are monetary. ‘Threewordbudget’ really does sum up the plans of the federal budget.