the return of the male breadwinner 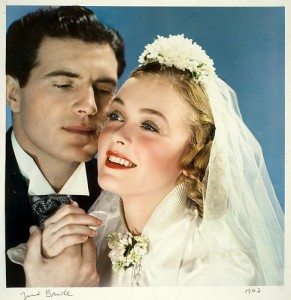 It seems as though one old chestnut is still flourishing in Australia, and that’s the male breadwinner—female homemaker dichotomy. Recent research has found that, in comparison with other countries of similar economic standing, Australia has the more “traditional” statistic of men being more dominant in the full-time workforce.

This is somewhat surprising given that the world has undergone massive social and financial change since this was the undebated norm. Yet the study by the University of Queensland, which investigated the relationship between housework time and women’s earnings, found that Australia has a much stronger male breadwinner culture than, for example, the United States.

This is predominant among parents with small children, the study found. Roughly 85% of fathers with a child younger than five work full time; whereas the equivalent rate for mothers in the same category is around 19%.

The suggested reasons for the continual male dominance have been varying. The writers of the survey, Janine Baxter and Belinda Hewitt, have suggested ‘Australia has a strong male-breadwinner institutional framework that continues to hinder gender equality in paid and unpaid work,’ and the high cost and lack of easy access to childcare. Even simple, so-called traditional values of childrearing have been blamed for the male dominance.

It seems that we cannot blame our society for this statistic – since the 1960s, female participation in the workforce has increased, and opportunities in different areas of work have opened up for women. Yet this participation rate has seemingly stalled – the proportion of women in the workforce is now lower than it was four years ago.

So are Australian women becoming more traditional? Are we reluctant to leave our children once maternity leave finishes? Or is the workforce itself to blame?

I would suggest that it is all three operating at once. Traditional values are being imparted more and more onto the generation with young children (who, judging by the statistics, are epitomising the problem) – the reasons for this can be attributed to many things, but advertising is the most obvious example. We are all bombarded with advertisements portraying women in the kitchen or doing the housework to advertise foods for school lunches or dishwashing detergents. Granted, this is slowly beginning to change, with more of a focus on working women with families; but old habits die hard (especially when they have been in place for such a long time). As advertising is projecting this as the norm, it will most likely stay that way. We’ve all learnt – from numerous seasons of Gruen on ABC – that advertising is powerful.

Simon and Gisella Edwards, a couple chosen as an example for the study, conform to the statistics. They are a married couple with two children under three. They both agree that this traditional familial structure is the best way to raise their children. Gisella says that the reason she wants to stay at home is because of the children; that she is reluctant to return to the workforce because she would miss her children after back-to-back maternity leaves. For compassionate reasons, this is easy to understand. Yet on some level, wouldn’t her husband feel the same? But each family is different and it is impossible to judge individual circumstances based on a blanket statistic – maybe this model simply works better in their situation.

Finally, we come to the suggestion that maybe it is the workforce to blame. Despite years of radical reforms and upheavals, the fact still remains – women get paid less than men. Women get employed less than men. In order to set up a future and a viable retirement fund, the male breadwinner option is the obvious choice. The same study concluded than nearly 90% of women will have insufficient superannuation funds to support themselves in retirement. Maybe if there were more opportunities for women in Australia, our figures would be more aligned with similar countries.

Of course, it’s all relative. In the end, it comes down to each person’s unique situation – after all, it’s your life.

One thought on “the return of the male breadwinner”