the selfie generation: is it really vanity or are we just being judgemental? 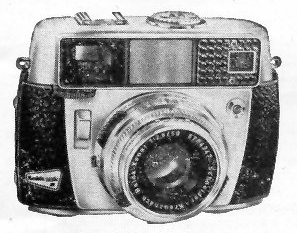 Publisher of Mamamia, Mia Freedman, posed the following question in an article on January 13: Are selfies vain? To which she a responded with an enthusiastic ‘hell yeah they are!’ – with many of the commenters on her article in full agreement with this sentiment.

The Oxford Dictionary defines vain as ‘having or showing an excessively high opinion of one’s appearance, abilities, or worth’. So is posting a photo of yourself online demonstrating an ‘excessively high opinion of one’s appearance’? I can’t help but say no. Granted, selfies involve someone taking a photo of themselves and putting it online for others to view. But is that really any more egotistical than someone writing ‘had pasta for lunch’ on Facebook? Social media is about showing aspects of your life, and one aspect of your life may be that you look pretty dashing with your new hair cut, top, or once-a-week glow of confidence.

Does sharing a photo of yourself really indicate that you have a ridiculously high opinion of your looks? Or are we as a society only happy when someone feels so bad about their appearance that they avoid having their photo taken at all costs?

It seems like it can be very difficult for people to say or show that they like how they look without people getting up in arms about it and crying ‘oh, the vanity!’. There is nothing wrong with feeling proud about how you look and wanting to share it with people, but even as I write this a small voice in my head, fed by years of advertising campaigns, says that it is. We are so bombarded by messages that tell us that we are not thin enough or tanned enough or acne-free enough or just plain good enough, that when someone challenges these and says ‘You know what? I’m actually fine just how I am’, we are left feeling that they are far too in love with themselves. We believe that their thinking is flawed; that they should come back to the land of internal criticism and unrealistic comparisons with photoshopped images like the rest of us.

Mia argues that taking a photo of yourself in front of something (like a sunset) is just a cover for wanting to share a picture of your face or body, and I tend to agree. But I can’t help but feel that what got to her wasn’t that they didn’t call a spade a spade, but rather, that they dared to share a photo of themselves at all. Because she then goes on to say that women who don’t meet society’s and the media’s beauty standards are brave when they post selfies, as they are challenging the norm and showing that they are happy with how they look regardless of the fact that they don’t meet the Hollywood criteria, but that conventionally attractive people are just showing off when the post photos of themselves.

I can’t help but think that anyone taking a photo of themselves and sharing it online is brave, especially in a society that preaches healthy body image attitudes, while at the same time judging anyone who doesn’t hate how they look.

But my main argument against these anti-selfie type articles is this: Who really cares?

Is it worth writing mean-spirited articles or commenting about What Gen Y Has Come To because a person wants to share a nice photo of themselves? We should be focusing on the ridiculous number of real issues in the world and stop wasting breath on “problems” such as people liking how they look. Because when you think about it that way, is it really a problem? Or is it just a big F-you to popular media that tells us we should never, under any circumstances, be content with our appearance?

2 thoughts on “the selfie generation: is it really vanity or are we just being judgemental?”