veganism and feminism: a surprising alliance 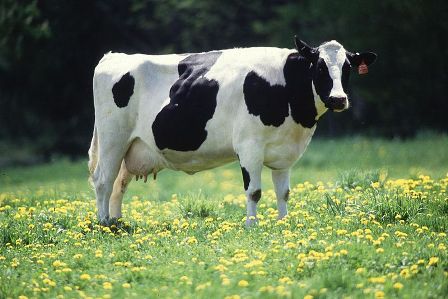 Today marks my two year vegan anniversary. I have not eaten meat, eggs or milk for 730 days. My reasons for becoming vegan were compassion for animals, of course, but also concern for my health, which wasn’t faring so well on a high cholesterol diet. But, as time has passed, I’ve often found myself marvelling at how many things I have in common with a dairy cow. Seriously, I breastfed my baby for two years (with a lot of disgusted remarks from narrow-minded observers, I can tell you) and it was hard, lonely, isolating work. It made me develop an affinity for lactating non-human animals, mainly cows and pigs, but especially cows who are destined to a life of milk production for human consumption.

When I steeled myself into doing some internet research on the milk industry, I was overwhelmed with disgust by what I discovered. I didn’t realise that female cows are systematically raped, forcibly inseminated against their will, and that their newborn calves are torn away from them after birth and either killed for the veal trade or forced into milk production. Mother cows apparently cry out for their calves for days and become extremely distressed. These poor females are slaves and are viewed as objects for milk production without any rights or feelings of their own. They are forced into producing, their reproductive systems objectified. By producing so much milk, they often suffer from mastitis, a painful inflammation of the udder, and are given drugs to make them produce even more milk. Having suffered from mastitis myself, I was struck by how cruel the whole process is. Swollen, tender, weeping nipples is no fun, as any breastfeeding mother can tell you.

My sympathy was abundant for these poor cows who, no longer having a calf to feed, were imprisoned as slaves to fulfil the human desire for milk. What’s worse, I discovered that when these poor female cows are exhausted and no longer able to produce enough milk, they are sent to the slaughterhouse for a terrifying death. I couldn’t help drawing a comparison with myself: a mother, overwhelmed, ragged and utterly drained of energy, no longer fit to produce the required amount of milk. What would have happened to me if I were a dairy cow? I know the answer: I would have been seen as a useless object, destined for death and to end up on somebody’s dinner plate. How, I wondered, can this be right?

I feel sullied, unethical and disgusted to have ever drunk milk; like I was betraying a sister species, born into slavery. But I didn’t know: like most people, I was born into a family where milk products and meat were a part of everyday life. Recently, I asked my family to switch to soya milk and a plant-based vegetarian diet. Once I explained my reasons, they were really keen. That made me feel better. But still the question bugged me: what if women were seen as products; machines of reproduction to be abused and cast off as soon as we are no longer fit to perform our duties? It seems so unfair that these mother cows have to endure hardships that we would classify as human rights abuses if it happened to us.

So, am I happy to be a vegan two years on? The answer is a definite, irrefutable YES. I feel a connection, an affinity that moves me to tears, with all life, especially suffering female animals, that makes me want to strive for a better, kinder world where all of us, animal, human, female, gay, black, transgender, old, young, are treated with respect just as we are, where our bodies are our own, not objects of production to be violently exploited.