what to do after you’ve given yourself permission to shine? 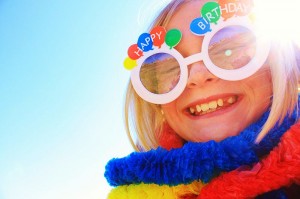 Has anyone else noticed the terrifying lack of instructions on how to actually go about loving yourself? However, there is an overwhelming amount of life improvement lists upon which this handy trick appears. Invariably loving yourself pops up in the top spot, number one in a list of ways to make yourself happy or to raise your self-esteem.

Yes, it’s always the revelation at the end of the self-esteem rainbow, as though we, the unenlightened, had never considered it. ‘Duh!’ we slap ourselves on the forehead, ‘I would never have felt quite so much self-loathing if I loved myself this whole time instead! (silly goose.)’

This needs rectification of course, and I, being as supremely unqualified as every other list-making, self-righteous philosopher on the internet, will here take a stab at what it takes to tick off that last box in the happiness and fulfilment checklist: loving yourself. This is an experiment I’m currently undertaking, and I’m ready to release some initial findings.

Despite valiant efforts to the contrary, standing butt-naked in front of the mirror, sizing up my body and thinking as hard as I possibly can at the mirror that I love everything in front of me, because it’s all a damn miracle, has never quite gotten that thought to stick. The first and most obvious problem with that is lumping self-esteem with body image. The second problem is that just thinking the words ‘I love myself’ in no way addresses the root causes of not exactly self-hatred, but even just self-ambivalence that has caused me bouts of unnecessary bullshit unhappiness.

I think the real trick to it might be being constantly on the ball, that is, quick and sharp enough to spot your quirks when they happen and really celebrate them. The way you reflexively shriek with laughter when you find something hilarious and it’s so loud that it’s obnoxious and honestly bothers people around you; because good for you for having that much fun. The way that your dancing at parties is so out of sync, the only explanation is that you’re listening to a completely different imaginary soundtrack; because good on you for having a body that so obstinately moves that way (marching to the beat of your own drum, you champ). The way you can’t draw anything other than stick figures that don’t even look remotely humanoid; because who wants a majestic unicorn when they could have a weird phallic blob labelled ‘unicorn’ (I mean good on you for making someone’s day with that hilarious image).

Alongside that, it’s celebrating the inherent traits that make you enormously useful, wonderful and brilliant to your friends and which you ought to embrace wholeheartedly because they make you happy. The way you love reading, music, watching TV, film, exercising, writing, gaming, styling, crafts, arts, cooking, eating, scrapbooking, dressing up, collecting, bargain hunting, cleaning, sleeping, chatting, gyrating, empathising, painting your nails. Don’t question it, don’t apologise for it, don’t diminish it, just accept these glorious things that make up your personal self. It’s what I call “spirit animal” syndrome, which is when we gush fervently over fictional characters like Liz Lemon who unashamedly embrace their unique selves, brazenly embracing the non-achievements we never considered worth celebrating. Like night cheese, or snarts. Well it’s about time we genuinely celebrated our nonsense too.

Comparing yourself to others is another bad habit these happiness lists insist upon abandoning. How we achieve that is beyond me, but again my humble opinion lends itself to the belief that letting go of envy, because it isn’t productive or healthy, is probably key. There’s a wealth of good to be mined from identifying aspects of others we’d like a little of ourselves and using their good nature to learn it from them. Got a crafty friend? Get them to teach you at least how to sew a button back on and finally solve the problem of ‘shirt with tit gap.’ Don’t bother coveting, spend your time learning. Your life satisfaction will improve with each accomplishment.

Seizing, or creating, opportunities to take control and change that which causes you unhappiness. But how, but how indeed? Well, my personality is one that finds great calm in careful planning, routines and accountability, so I’m trying to take control of that which I want to change by implementing routines, seeking external accountability and itinerating everything. However, if wayfare-ishness makes you feel at ease, look for opportunities to abandon plans and be impulsive. Size up yourself, size up your life and figure out ways to just Do You, so your self-satisfaction gets cranked up to a nauseating level of smug.

So my quest for self love begins. I’m making a concerted effort to embrace me and let go of the terrifyingly god-like fantasy version of me I chastise myself for not being. I’ll desperately wish Liz Lemon and Leslie Knope could be my best friends until the day I die, but I’m going to spend less time just wishing I was them. There are totally great things about me that I could contribute to that friendship anyway. And I’m not going to stop until I figure out what they are. Possibly my ability to make dessert, but probably my incredibly accurate Hermione Granger costume to compliment Lemon’s Leia and Knope’s Khaleesi.

One thought on “what to do after you’ve given yourself permission to shine?”