why weddings are the worst 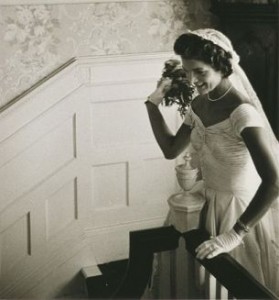 Like any other little girl, I would spend hours at a time imagining my perfect wedding. The ring, the bridesmaids, the cake and of course, the fairytale white dress. But it wasn’t until I recently attended a friend’s wedding ceremony that I started thinking – what does all of this really mean? Of course, like the reasonable and composed person that I am, I decided to do hours’ worth of research instead of preparing for my final exams. After my tirade of an investigation, I came to realise that weddings as the industry-driven, tulle-embellished monster we know them as today, are unlike anything practiced in the past. Although we may believe that weddings are ‘traditional’ ceremonies, the cornerstones of which are rooted in long-practiced convention, the fact of the matter is, the purposes and procedures of weddings have varied greatly over time, culture and status. And what we’ve wound up with? Just may not be happily-ever-after cake topper we thought it was.

So let’s take it right back to the beginning, Year 10 history teacher style. With the rise of sedentary agricultural societies about 10,000 years ago, marriage was simply seen as a way of getting your hands on rights to land and property. It wasn’t even until these societies began to develop and become more complex that the issue of marriage became more than just a matter between individuals and families, but also an official institution governed by religious and civil authorities; the exact institution that we are combatting today with the right to same sex marriage. However, as entrenched as the anti-same sex marriage institution appears to be, from 2,100 BCE onwards, the first instances of homosexual marriage appeared, in events such as when both Emperors Nero and Elegabalus both married other men in public ceremonies. Unfortunately these ceremonies were banned in 342 CE, though similar practices carried on well into the Christian era. These marriages were known as ‘Adelphopoiesis’, or ‘brother-making’, in Orthodox churches. Yep, that’s right – gay marriage in the Christian faith was all the rage about 1,600 years ago.

Even weddings in the past couple of centuries, where love was a more acceptable reason to tie the knot, were mostly informal affairs, and held in homes or backyards. During these weddings, there were no bridesmaids, no cakes, no floral centerpieces, and definitely no white dresses. Because the majority of marriages were occurring in the lower to middle classes, it was unheard of to fork out for a special one-time-only dress. According to the BBC white fabric was incredibly difficult to clean due to the fact that Preen wasn’t a common household item, and so white dresses were only meant to be worn once, which was a luxury that was practically unheard of. It wasn’t until Queen Victoria wore a white wedding dress on her Big Day, that other, upper-middle class brides began to copy her to exhibit their wealth. Even white wedding cakes were a flaunting of spare coinage, as white sugar was so expensive that it was practically edible Versace.

So we’re left with the question –  what happened? Now that copying the queen isn’t quite as in fashion as it used to be (Sorry, Lizzie), what makes us crave that whiter-than-a-Donald-Trump-Rally affair? Bridal magazines. It’s an ingenious idea really, really. Bridal mags themselves were encouraging women to marry like the wealthy, according to Vicki Howard, author of Brides Incorporated. They gained their success from marketing unrelated industries and making them appear necessary to the holistic experience of marriage: silverware companies, gifts for the home, and even began commercialising early wedding dresses – all in snowflake white. It was the birth of an entire industry, and continues to cause weddings today to skyrocket in price.

And now the industry that we know today is still operating wholly for the contents of your back pocket. One study showed that flower companies, photographers and wedding cake suppliers all charge more for a wedding than they do for a birthday party of the same size. All because… They can. And if you thought that perhaps this whole expensive, stressful affair could forge a stronger bond between you and your significant, other, you may want to think again. A study conducted at Emory University determined that the more you spend on a wedding, the more likely it is that it will end in divorce. Oops!

Naturally, marriage as we know it is (though may not always have been) a heteronormative privilege afforded only to those who can fork out for it. But perhaps what should be kept in mind during a time that the significance, meaning and purposes of marriage are being hotly debated is whether or not these ceremonies really mean anything to us at all anymore. With the daily storm of Facebook and Instagram constantly flooding our feeds with the picturesque moments of everybody’s ‘Big Day’, let’s keep in mind that the photographer overcharged the bastards and keep enjoying our Chow Mein with the cat.