you don’t have to use the f-word, but you should at least understand it 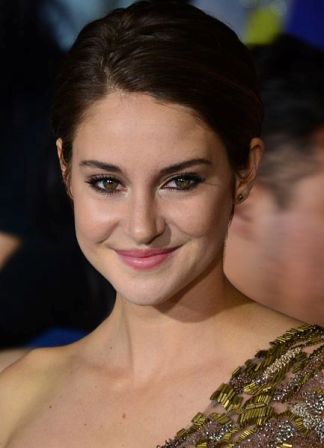 Shailene Woodley has recently joined the list of intelligent and opinionated women who don’t want to touch the term feminist. When Time asked the Divergent star this week if she considered herself a feminist, Woodley responded: ‘No because I love men, and I think the idea of “raise women to power, take the men away from the power” is never going to work out because you need balance.’ She then went on to say that she wanted to see ‘sisterhood’ over feminism, an ideology that feminism holds. She also makes some comments about how girl-on-girl hate needs to end; so men will respect us.

Openly identifying as a feminist sometimes causes people to verbally attack me. I’ll be the first to admit that it can be exhausting being forced to defend myself over and over. Some people like to treat me like I’m the official ambassador of feminists everywhere and that my words and actions speak for all women who identify themselves as such. It’s utterly ridiculous for people to treat me this way, but it is a reality. There is a lot to consider when we decide to openly take on the feminist label. We can’t deny there are social connotations that come with identifying as feminists.

I’ve met a few women who hold many ideals that are found in mainstream feminism who choose not to take the label for themselves. Their reasons have been varied; typically they are women of colour, transwomen or queer women who feel like their issues are too often pushed aside in favour of white, cis and straight issues. If a woman feels silenced and unrepresented in a space that is meant to be a place for her to be heard, then she should not have to take on a label that is meaningless to her. Whilst the hard work of women of different races, sexualities and socioeconomic backgrounds has done a lot to turn feminism into something more inclusive and supportive of all women, there is still work to be done.

Feminism has splintered off into so many different types; liberal feminist, radical feminist, Christian feminist, Marxist feminist, womanist, Muslim feminist, eco-feminist and many others. Even within one type of feminism there are differences of opinions. Those differences of opinion and viewpoint are part of what makes feminism so great; the chance to learn from the unique perspectives and experiences of others. I love feminism, despite its flaws, but it can be very confusing when you’re getting different messages about what we believe, depending on who you talk to.  At the end of the day I feel it’s more important that we carry the core message of feminism: the social, political and economic equality of women and men rather than using a term we may not want to apply to ourselves.

My problem is not that Woodley doesn’t want to call herself a feminist and I’m not really on board with all the articles rather patronisingly telling Woodley she is a feminist if she likes it or not. What I do have a problem with is how she is spreading misinformed ideas of what feminism is about through a magazine that is read by thousands. Too many people will read this and come away thinking they have a sound idea of what feminism is about and not bothering to learn for themselves.

I once had a girl tell me I was a fool for calling myself a feminist; that I was perpetuating an outdated and irrelevant movement. Didn’t I know that feminists were just looking for something to complain about? Couldn’t I see that women had already achieved equality? Not equality in fact, but dominion and now we evil feminists were using our power to subjugate and oppress men! It was incredibly frustrating and not just because we were in a sociology class.

There are too many people in the world who have no idea what the core of feminism is all about and these prominent public figures who continue to throw feminist around like it’s a dirty word are spreading misinformation that isn’t helping anyone. You don’t have to call yourself a feminist if you’re not comfortable with it. All I ask is that you educate yourself on what feminism is really about and encourage others to do the same.  And if you still don’t want the label for yourself then fair enough, it’s your right to choose. At least you will be making an informed decision and hopefully others will too.