back to ba(sex): asexuality is ace 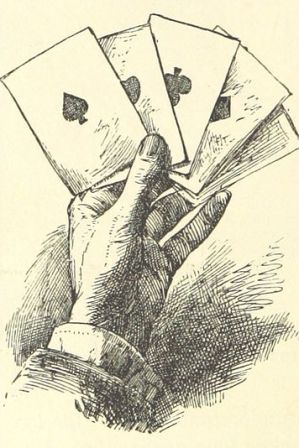 Sex, sex, sex. As a sex positive person, I endeavour to learn about the who, what, when, where, why and how of many sexualities. Living as this sort of person in regional Australia, I have never expected my town to be a haven for alternative lifestyles and ideas. Hoped – yes; expected – no. So when I discovered that Sydney – Australia’s most populous metropolis and a city I look up to – is devoid of its own asexuality awareness body, I was taken aback.

For those not in the know, a person who identifies as “asexual” does not experience sexual attraction to any gender, but there are a variety of subtypes to this definition. Beyond sporadic media accounts of the orientation – which can occasionally be derogatory towards “aces” – it is hard to pinpoint ongoing visibility for asexual people.  New South Wales’s LGBTIQ sex education body, ACON acknowledges asexuality as a sexual orientation. There are a few groups where aces are welcome via such collectives, but for the most part, there is currently no official asexuality body in Australia.

From 2009, a small community of about 150 users formed around the agency Asexual Awareness Australia (or “A3”), but there has been no social media campaigns enacted by A3 since 2012. Its site is offline and this organisation now seems to be defunct. Australians aces are instead focusing on the international group Asexuality Visibility and Education Network (AVEN). In terms of support mechanisms just for Australian aces, there seem to be few beyond these online forums and occasional meet ups.

In spite of its status as the newest admission to sexual identities academy, we cannot assume asexuality to be a modern phenomenon. So, the question is: why are aces seemingly less represented in society? Why is there such invisibility in Australia today?

AVEN has 60,000 registered forum users. If we assume all the world’s sovereign states were represented in this online community, each country would have about 300 people identifying as asexual. This is obviously an unorthodox thing to say given AVEN is an English language organisation and there are varying global attitudes towards sexualities not conforming to the hetero-norm. Both these factors could limit peoples’ access to such a resource. We cannot assume that AVEN represents the world total of aces, but in a global population of seven billion, the number they support is miniscule.

Regardless of how big or how small the number, aces are human beings. Such a diverse group of people needs to become visible and register in society’s consciousness. Without adequate representation in society, common misconceptions about asexuality will persist. Our sex-crazed society typically holds views of asexuality as a medical abnormality, a choice, or, in extreme cases, contemptible. It is in fact none of those descriptors.

Without adequate representation, scientific research into asexuality will stagnate. Asexuality is just starting to be recognised by researchers as an area requiring study. We know that people with different lifestyles have different health outcomes: compare a pack-a-day smoker with a non-smoker. People with different lifestyles experience social life differently, too. To remain topical within academic circles there needs to be pressure exerted on scholars by the ace community.

Without adequate representation, asexual people may also experience poor sex education. We have seen the detriment of education not addressing consent or diverse sexualities and genders for generations. It has only been through lobbying that schools – often the first point of sex ed beyond the heteronormative ‘when a mummy and a daddy love each other, very, very much’ – have started to become more inclusive.

We must not alienate people identifying with another sexual orientation with inadequate sex education. The fact of the matter is, if someone is ace, they can very well have sex. They can very well experiment with their sexuality just as all other orientations do, or have sex in a romantic relationship in spite of their levels of attraction. The ace community needs to get behind tailor made sex ed courses for those identifying as asexual.

All these issues pertaining to asexuals are reminiscent of other social movements having to address their needs and their place in society. For aces, the time has come to stand proud and make their presence known. The time has come to be a strong, independent human who don’t need no man… or woman… or anyone in a necessarily sexual way.