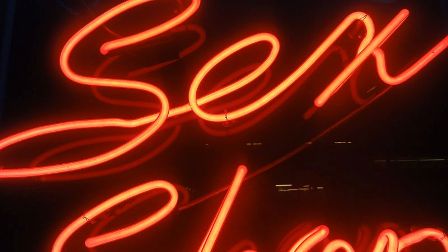 You might be able to pick a fake orgasm, but can you tell the difference between fake adult products and the real deal? What’s that? You can’t determine the authenticity of either? Oh dear! In this instalment of Back to Ba(sex), we take a look at the importance of purchasing genuine adult products and how this will spare your genitals – or someone else’s.

But of course every Georgia O’Keeffe-style rose has its thorn somewhere, but perhaps not framed on canvas for you to see. Let’s take two of the previous examples. The online world is posing a number of hazards in the purchase of sex toys and use of pornography. This is because if you’re not handling the product in person (hopefully without your aforementioned disguise because sex positivity rocks), it can be difficult to ascertain whether the product you want to use is bootlegged.

In studios where actors are paid just once for filming and do not receive royalties, the severity of the problem has mobilised activism from those involved. The problem is getting so bad that stars have taken to social media in recent months with the hashtag #PayForYourPorn to get consumers to think about the source of their titillation.

In addition to copying someone’s creativity, there’s a plague of health problems associated with cheap counterfeit sex toys. Fakes are typically manufactured in countries like China, which have different safety standards for materials used. Many of these sex toys contain chemicals that have been deemed hazardous for humans in the West. Do you want such nasties in and around your naughty bits? It also means electrical or mechanical components may be faulty, which can lead to electric shock, or bits breaking, again, in and around your parts.

Of course, no toymaker is immune from crafting the occasional faulty product, or their goods suffering wear and tear from lots of love. But at least with the luxury brands, you can track them down. A friend of mine had a luxury sex toy break while it was up their anus, meaning it couldn’t be retrieved without assistance. They wrote a letter to the company who in turn sent them an array of toys, condoms and other fun stuff for safe sexy times. You’re not going to get that from an Amazon or eBay seller, are you?

Everyone wants value for money, or better yet, to get something for free in our capitalist society. But if you can’t imagine it, someone’s got to make it. That someone deserves to be paid.