My name is Olivia, I’m from the U.S. and I’m really excited to start blogging for Lip Magazine!

Fashion journalism has always been something I’ve been really passionate about, and hope to persue. I think Lip’s alternative thinking is something really refreshing in a magazine industry that is usually only based on the ‘norm’ of society. (By ‘norm’ I mean size zero, skinny and obscenely tall.) I think many girls forget that the body type of most models is unrealistic. By constantly being bombarded with images of an unattainable ‘perfect body’ we are essentially promoting eating disorders, and low self-esteem in many girls. Girls need all the support they can get to truly be themselves and be creative. This is why magazines like Lip are so important!

I thought a great idea for my first post would be the self-made Russian designer Kira Plastinina: 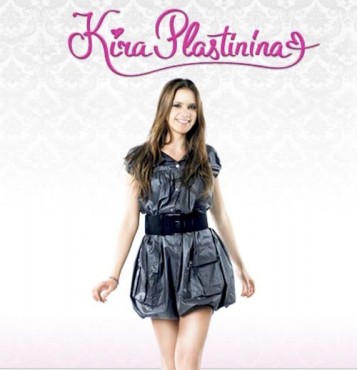 Meet Kira Plastinina; the 16 year old Russian entrepreneur who has been thought of as “The world’s youngest fashion designer.”Kira is the sole heir to her father Sergei Plastinin; co-founder of Russia’s largest Dairy producer. Her father helped to fund and start Kira Plastinina industries.

Kira always knew from a ripe young age who she wanted to be. “When I was really little, people asked me what I wanted to be when I grew up. First I said a princess, then I said a fashion designer. I’m not grown up, but I’m a fashion designer!” Plastinina says. And her princess mind set is also exacted in her work. Sequined short-shorts, over sized bows, and neon pink 80’s T-shirts are just a few of her design concepts shown at her L.A. debut show last June. The Kardashians, Raven-Symone, and Audrina Patridge, all attended. Chris Brown even performed.

Called the ‘teen tycoon’ by Teen vogue, Plastinina has been generating buzz in her hometown of Moscow now for months and the United States is getting in on the craze. Kira is planning on opening many new stores this year in the east coast.

I’ve been lucky enough to have a firsthand experience by living near a Kira Plastinina boutique. Upon entering the store, you capture the essence of who Kira really is; pink and silver walls surround you, mini chandeliers sparkle over your head, the fitting rooms are decorated lavishly with trendy prints in styled fabrics, and pictures of Plastinina and her fashion forward buddies are plastered on the walls.

Kira is a great example of a role model for any young aspiring-fashion designer. Only at age 16, Kira has magaged to make a name for herself in the highly competitive fashion industry. She shows that with support, hope and a dream anything is possible!

2 thoughts on “Hello Everyone!”