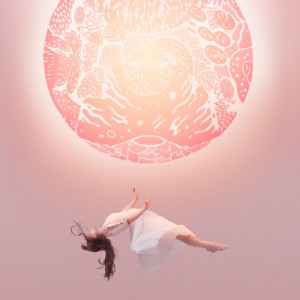 Few artists who compose synth-pop can make it as relevant today as it was in the 80s, but Purity Ring caught that wave at the right time. They have managed to gain fans who will come to their shows in droves despite having only one album available prior to the release of ‘Another Eternity’. They have also created a sound that is already getting referenced by other up-and-coming dance/electronic artists.

‘Another Eternity’ is Purity Ring’s sophomore album, but already they seem to have discovered exactly which sounds they can pull off. This is especially noticeable in Corin Roddick’s production. The only negative here is that sometimes the production is so polished that it doesn’t allow much room for each song to display its own quirks. It might be hard to differentiate between songs on the first couple of listens, so you will have to give this album a chance to grow on you.

Having said that, there are songs that will catch your attention early on. ‘Repetition,’ ‘Begin Again,’ and ‘Stillness in Woe’ will please listeners who enjoyed some of the more mellow sounds on their last album, ‘Shrines’. But for the most part, they’re venturing into slightly louder and more up-tempo territory. The opening track, ‘Heartsigh,’ serves as the perfect transition into the new album for existing fans.

If this is your introduction to Purity Ring’s work, ‘Bodyache’ will be a standout track. Even if you weren’t a fan of their previous work, this song is still worth a listen. If you haven’t yet heard the single ‘Push Pull,’ that will also be likely to leave a lasting impression.

‘Dust Hymn’ and ‘Flood on the Floor’ are a little different to the rest of the album. Perhaps this is a nod to their new involvement in the hip-hop world via their song ’25 Bucks’ with Danny Brown, or the various remixed versions of their own songs. Without the presence of Megan James’ vocals, or indeed any knowledge of what Purity Ring have been up to in between albums, they could be mistaken for backing tracks of rap songs.

Fans of Purity Ring will be impressed of this effort. It’s a more inviting album than their last release so if you didn’t enjoy that, you still might find a gem here. Their hip-hop interpretation is certainly an exciting omen for the band’s evolution.