is celibacy in marriage a form of emotional abuse? 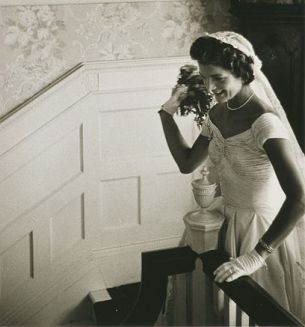 Most Western women these days consider themselves to be sexually liberated, worldly and in charge of their own sexual destinies. When you willingly and openly choose to share your life, your self – and your body – with another person on a long-term basis, it is (and should be) a big deal. Somewhere in those marriage vows, if you choose the traditional ones, (I didn’t) there’s a line about ‘forsaking all others’ – and it is quite a beautiful declaration from both parties. That said, what do you do if your partner doesn’t, or won’t, or can’t satisfy you – and refuses to allow you to explore alternative means of expressing your own sexual desires? How does this affect your relationship? Your self-worth? Your sense of self? There’s no question you will feel disempowered.

We are extremely invested in our sexual power these days. From the late twentieth century onwards, women have been fighting to be acknowledged as more than just Madonna or Whore; we have come a long way in only a few short decades but we are kidding ourselves if we pretend that we’re invulnerable to repeated rejection. We are, after all, exactly what we have been telling the powers that be for so long: we are wonderfully, wildly, sexually active, imaginatively true human beings. That means we want what we want; we have emotional needs that are very much tied to our physicality and our sense of our physical attractiveness (sadly this is still massively more true for women than for men – though that too is changing).

According to leading US psychotherapist Tina Tessina, turning your partner down too many times can lead to a sexless marriage. For those who aren’t sure just how much sex is too little, the jury is still out, but anything less than ten times a year is considered by Newsweek to be sexless. That said, the sexlessness (or not) of a relationship is of course a very individual thing. If you and your partner are only doing the deed ten times a year – and you are both perfectly satisfied with that – chances are your relationship would not be considered sexless.

While most people struggle to understand the reasons for a celibate marriage, the shocking news is that, under the above definition, up to 25% of relationships may be considered sexless and the frequency of celibacy within marriage is on the rise. It is not often discussed, even when the couples concerned attend therapy. And when the partner wanting more sex is the woman, the silence is deafening – it seems society still has an issue with women wanting sex.

The withdrawal of sexual acceptance and denial of sexual expression can become a form of emotional abuse – whether delivered consciously or not – and its effects can be debilitating.  According to clinical psychologist Scott Wetzler, passive-aggressive men in relationships (often) with attractive, successful women resort to withdrawing physical communication as a sort of power play; to “take back” their masculinity, as it were, which they see as threatened by the dynamism and drive of their more impressive spouses.

It is telling that the phenomenon of men rejecting women within the marriage bed is becoming increasingly common – and that the women involved are, to all outward appearances, strong, confident, outgoing – often high achievers and incredibly successful people. For these women, who do so well at so many things, the shame and humiliation of being trapped in a celibate marriage can be devastating and in the context of emotional abuse it is most likely meant to be so. Their partner does not want them and won’t tell them why; won’t even, in many cases, discuss the issue at all. He still professes to love them and respect them – and refuses to leave the relationship. There are very few people with whom these women can discuss what they are going through. Too embarrassed and ashamed to confide in friends; in some cases too loyal to their spouse to tackle the issue head on in counselling, these independent women suffer in silence. Many place their mental and emotional wellbeing at risk, succumbing to a frightening array of mental illnesses such as depression, chronic fatigue, and a range of anxiety and eating disorders.

These women have not agreed to become partners in a sexless marriage. Celibate marriages can – and do – exist as functional relationships, where for certain reasons (usually related to health or religion) both parties choose celibacy as a way of life. In a situation where withholding sex acts as a form of covert abuse, there is often no warning and no discussion – just cessation and repeated refusals (and excuses) to address the issue. The idea, of course, is to deny one partner something they want very much.

So why do these women “allow” this? This question sounds simple on the surface but emotional abuse is never that easy. It is subtle, insidious, and by the time a woman is aware of its impact, her self-esteem and often her sanity are not necessarily whole. Passive- aggressive men are master manipulators and when they attack an area of life so fundamental, so intimate – and so private – they do it knowing their abuse is safe from exposure. The first person the “underloved” woman will question is not usually her partner; often it’s herself. Has she gained weight? Has she forgotten her grooming? Taken any shortcuts in her hygiene? Why doesn’t he want her? Didn’t they used to be happy? By the time she realises the issue is not hers – well, it is, isn’t it? At least partly.

These women become trapped in a power dynamic before they’re aware of it and relationships where power plays too great a part are never about love – they can’t be. They’re about control. Being denied physical intimacy causes harm, feelings of isolation, rage, and a sense of overwhelming betrayal. Women who have been caught up in these situations describe themselves as ‘debased’ and ‘repulsive’ – remember those dynamic high achievers? More than anything else, this contrast shows clearly that the scars of emotional abuse are as ugly as bloody bruises and black eyes.

3 thoughts on “is celibacy in marriage a form of emotional abuse?”