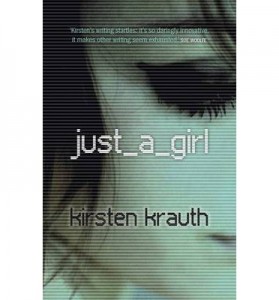 Fourteen-year-old Layla is a 21st century Lolita, and like her antecedent, she’s not one to shy away from a man’s attention. She knows that all it takes is a gesture, a look, and she can have almost any man she wants. It makes her feel powerful, like she matters. But what she really wants is someone to talk to, someone who understands her.

Meanwhile, her mother, Margot, has her own problems. With her ex-husband having left her for a string of boyfriends and a life less ordinary on the Gold Coast, she’s lonely and lost. She struggles to run her own business and feels that even Layla has become strange and unknowable. When Margot found God, she thought she was Saved, but now her church is taking more than it gives—and charismatic Pastor Bevan is not the benevolent shepherd he would have his congregation believe.

And then there’s the man reading a Murakami novel on the train, with his girlfriend packed into the suitcase at his feet.

Strong, unique characters are the mark of a good book and Kirsten Krauth’s just_a_girl has three. Layla’s voice is loud, fresh and bold. She speaks in fragments, borrowing lyrics from her favourite songs: ‘I’ve lost the plot but I’m still dancing. Just a girl… I put my iPod on and lash out. No Doubt. It makes me want to take on the world. Mosh alone… I have this incredible energy. My mind pops like a grasshopper’s spring.’ But Layla’s attempts to find acceptance and power in the arms of much older men show her to be as fragile and confused as she is brave.

In too many Young Adult novels, parents are flat authority figures, seemingly only there to give adolescent protagonists someone to rebel against. But in Margot, Krauth creates a sympathetic figure eager but unsure how to reach out to her daughter. She has her own set of problems: a single mother approaching middle age, wondering how she’ll ever find love after Layla’s father in a world where even God demands that her body be as beautiful as her soul.

Finally Tadashi, the man on the train, is mourning the loss of his mother and struggling to negotiate the cultural divide between his Japanese roots and 21st century Sydney.

In an age of constant communication, this is a story of failed connections. Margot reads her Bible, while on the other side of the wall, with her laptop open, Layla touches herself for an older man, and somewhere Tadashi makes love to a doll that looks just like Layla—all are praying for answers, trying to make contact.

But the men in Layla and Margot’s lives are looking for a different kind of connection.

When the man in the pulpit is as dangerous as the predator in the internet chat room, it’s difficult to know who to trust. Left to her own devices, Layla learns about sex and love the hard way, only understanding where the line sits between what she’s comfortable with and what she’s not once she’s far beyond it.

just_a_girl is a confronting read, as Krauth doesn’t shy away from the details of Layla’s trysts. However, for me the shock factor was somewhat overdone, with Layla becoming sexually involved, willingly or not, with almost every man she meets. But that’s a small criticism of what is otherwise a darkly unique story.

When I read that this was a book about a girl who likes to meet men in internet chat rooms, I was expecting a tired, didactic read. Instead I found a complex and disquieting account of what it means to come of age in a time where we quite literally have the world and all its dark charms and outright terrors at our fingertips.