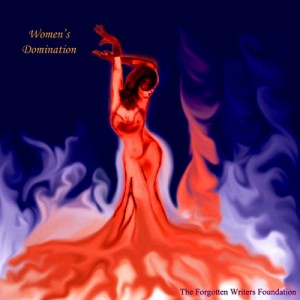 Mahmoud Mansi, Egyptian Journalist and writer, one of the founders of the ‘Forgotten Writers Foundation’ started a writing competition a little over a year ago to spread Egyptian culture through the world.

“I wanted to achieve globalisation in literature,” he says. “I was in Egypt, and our bookstores are full of books from China, from the States.

“This was the main message of the foundation, to deliver Egyptian literature to the other side, this is why it is in English too.”

The Forgotten Writers Foundation began after the revolutions that swept through Egypt and the rest of the Middle East last year. Through the acts of cleaning the streets of Egypt with other people, Mansi talks fondly of the experience, which led to the formation of the foundation.

“It was an outstanding feeling, what we have done. It was right after the revolution. People started going to the streets and working together,” he says.

“So through these days, I wanted to … incorporate something with a wider range that could reach others and be able to benefit from.

“Of course cleaning your streets is good but the next day they can be dirty again if you stopped cleaning,” he says. “It’s something for your eyes, something environmental, but you can do something more immortal. That’s when I started the project.”

After Mansi wrote a series of articles for magazines in Egypt and the rest of the world, the competition originally began as a collaborative effort between fellow writers after the Revolution.

“We wrote a book about the revolution, but it was not in the form of a competition,” Mahmoud says. “It was only a workshop, and the other writers, we all gathered together, and each of us wrote a short story about the revolution … However there was one negative side to this, it took one whole year to achieve the book, to complete.

“I thought if we made a competition it would be faster, and we would give a chance for others to participate, not only the 12 of us. Everyone is open to be part of the foundation. “

The first writing competition, in 2011, was themed around “Resurrection of Ancient Egypt”, to capture the ‘unwritten history of Egypt’. Like all their subsequent competitions, the entries were open to people from all over the world.

The original short story competition, which started as a note on Facebook, received favourable reactions from the US, India, Brazil, Finland, South Africa, Lithuania, Germany, as well as Egypt. For Mahmoud, the different takes on Egyptian history from people domestically and internationally were a delight to read.

“I am having the best pleasure ever while reading those stories,” he says. “I never imagined that people can be so creative about this topic and that the Egyptian history is not only defined through temples and shapes that one wants to see and touch, but there is a lively spirit that is sincerely cherished by many.

“I can almost imagine how each reader would feel while exploring the blurry history of Egypt through different hearts and minds from people who belong to different lands, and this is beautiful for knowing that Egypt belongs to the whole world, and makes a perfect muse for our contemporary life.”

After the waves of protests against dictatorships in Egypt and the rest of the Middle East in 2011 (what is now known as the Egyptian Revolution, or ‘the Arab Spring’), Mansi noticed some underlying themes in the entries he received.

“Not all the stories sent to me were directly related to the revolution,” he said. “However, there are ones that are clearly visible such as speaking about dictatorship, revolutions, unity and peace.

“Such values are always there, but the revolution had a great deal in triggering their meanings once again, and this was clear in many of the stories.”

“Both Egyptians and non-Egyptians liked the [Resurrection of Ancient Egypt writing competition] idea so much, because it was new,” he said.

Following the success of the first writing competition, Mahmoud Mansi now has his sights on a second competition, this time based on ‘Women’s Domination’.

According to Mahmoud, because of the international nature of feminism, it was inevitable it would become the subject of their second competition.

“Women’s domination has been a fact that the world is witnessing through this era, not only in developed countries, but in developing ones too like Egypt,” he said. “Their domination is reflected in the three most powerful things in life; economy, art and psychology.

“As our foundation seeks to issue competitions on global topics, this was one that should have been considered by others a long time ago, thus we chose this topic as a priority in the list of our planned competitions.”

The entry to the latest competition opens on International Women’s Day, on March eight, 2012. While the date holds obvious significance as the commencing date for the writing competition, it also marks one year since female Egyptian protestors were attacked in Tahrir Square in 2011. According to Mansi, despite all the positive progress after the Revolution in Egypt, female rights in Egypt are still developing.

“Personally, I don’t think women’s rights have progressed after the revolution,” he says. “Yet I strongly believe that they are uniting, joining forces and gaining power, which will eventually with a strong will lead to their rights, not only in terms of a strong law, but through the deep morals of which they will hew in the minds and hearts of people.

“Although some of the humiliation that our women are facing, not only through protests, but through the everyday normal life too, their unity can change the world with a faster and more efficient rate.”

For Mahmoud, by rallying sponsors of the first competition, as well as gaining new sponsors, he hopes to have entries from as many different cultures as possible. “I want to, especially in this contest, involve women from all cultures, or as much cultures that I can reach to participate,” he said. “I want to make it more diversified.”

The guidelines for the entries were drafted to be as broad as possible. The decision to embrace the short story format, as opposed to essays, according to Mansi, was a deliberate decision.

“The good thing about literature is that it can combine art and science altogether in a frame of feelings,” Mahmoud said. “Essays are a great source of knowledge, but literature I think is a better source of communication between different people, as it adds the dimension of feelings which would allow the readers and writers to ignite empathy between one another.

“Stories tend to trigger the humane side of a writer rather than merely the analytical one, also the scenes described and the conversations between the story characters reveal much about the unconscious mind of the writer and also reveals the philosophy that hides between the lines.”

In leaving the competition entries again open to all nationalities and sexes, Mansi is hoping that the entries will represent a broad cross section of the public.

“I wanted to issue this competition to see how different people from different cultures can perceive the concept of female domination, and give a chance for each personality to express their views,” he said.

“I believe that there is much more science than that exists in our already published books, and hence share it with as [many] different cultures as possible.”

Entries for “Women’s Domination” open March 8, 2012. To see guidelines, or to find out more about Mahmoud Mansi’s Forgotten Writer’s Foundation, check out the website here.