changing the world one role model at a time 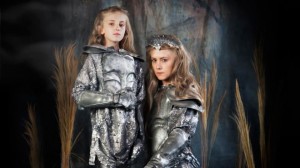 Back in April 2012 I hosted a screening of a US documentary called Miss Representation at the Amnesty International headquarters in Shoreditch, London. The film, which premiered at Sundance Film Festival but never had a theatrical release in the UK, explores the way that women are represented in the media (or not, as the case may be) and the impact that can have on society. It was a lively event, with passionate views being shared by the 100-strong audience after the credits rolled.

At the time, I was working full-time as Head of Communications for Women in Film and Television (UK), a membership organisation which promotes and supports women working in the media. Little did I know that evening that only a year later I’d be leaving that job to make a documentary about a rather mad and rather brilliant project with the same goals as Miss Representation, but this time with a UK focus.

Enter award-winning performance artist Bryony Kimmings. Unable to make the screening at Amnesty, Bryony came into the WFTV office the next morning to watch the film. We’d never met before, but a mutual friend had put us in touch because Bryony had just started research for her next show, which was to be about role models I was told, and wanted to see the film.

In our following meetings, I tried to help Bryony by pointing her in the direction of research and statistics about the number of women working behind the scenes in the film and TV industry (see BFI Yearbook and Creative Skillset Census for UK stats, Celluloid Ceiling reports by Dr Martha Lauzen for US) as well as on-screen (see Fia Engendering Change report for pan-European study, or Gender Roles and Occupations report from the Geena Davis Institute on Gender in Media for US perspective).

I immediately liked Bryony’s ballsy attitude and sense of humour, which informed the way she was approaching the subject. Instead of taking a stern Mary Whitehouse-esque approach, which you could quite understand after reading the aforementioned documents and seeing just how far we have to go on gender representation in the media, Bryony was going to tackle this issue in her own, unique way…with the help of her nine-year-old niece, Taylor.

They decided that instead of sitting around and getting angry about what they saw as the lack of positive female role models for tweens (7—12 year old girls), they would just create their own. So they invented Catherine Bennett (‘CB’) a dinosaur-loving, bike-riding, tuna-pasta-eating pop star, and vowed to make her world famous to prove that there could be an alternative. CB would be managed by Taylor (that’s right, the nine-year-old is in charge!) and played by Bryony, like a character. I absolutely loved the idea, and knew I wanted to make a documentary about their David vs. Goliath adventure. I’d only made a couple of short films up to that point, so was hardly ‘qualified’ to make my first feature. But when you believe in something, sometimes you just have to throw caution to the wind.

So for the last 8 months, camerawoman Daniella Cesarei and I have been following Bryony and Taylor. We’ve captured their brainstorming sessions, the moment when CB was brought to life for the first time, Bryony and Taylor being interviewed on Radio 1, CB performing her first gig for tweens in London, and plenty more along the way so far.

It hasn’t been easy. Daniella and I are both working other freelance jobs to get by, and we’ve not always been able to film everything we’ve wanted to. In some respects it’s been a good discipline for us, having to be strict and take decisions about what we really need to film. It’s forced me to focus on the story we’re trying to tell and which elements of the project are vital to capture for that. We’re learning (a lot!) as we go.

The really positive news is that the Catherine Bennett experiment keeps going from strength to strength, which means we’re keeping very busy. And that’s why we’re now running a crowdfunding campaign on Kickstarter, called Credible Likeable Superstar Role Model: The Documentary, to try to raise £10,000 towards our production costs to make sure we don’t miss any vital moments going forward. We also want to interview key politicians, academics, feminists and celebrities about the issues Bryony and Taylor’s story raises, as it seems over the course of this project these debates have become more prominent in public discourse (ironically, we probably owe a lot to Miley Cyrus’ twerking for that).

We’re aware the project is unlikely to radically change the media industry and its associated institutions overnight. But wouldn’t it be great if it meant that just maybe we see a few more credible, likeable, super star role models like Catherine Bennett on our screens in the future! 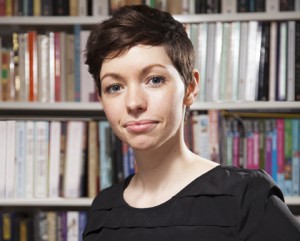 Rebecca Brand is a filmmaker and creative communications professional. She’s made short documentary films and is currently running a crowdfunding campaign on Kickstarter to raise £10,000 towards her documentary project, Credible Likeable Superstar Role Model.

You can pledge here—there’s only 16 days to go!